If you follow us on Instagram (@starlikeuk), you’ll probably have seen there’s a few of the Starlike crew that drive Ford Focus RS MK1’s. We love the platform, they’re light, fun and easily responsive to tuning.

One of these cars is owned by James, someone I met when choosing suspension for my RS, since at the time, he was working for GAZ, producing suspension components and kits for race teams and individuals alike. 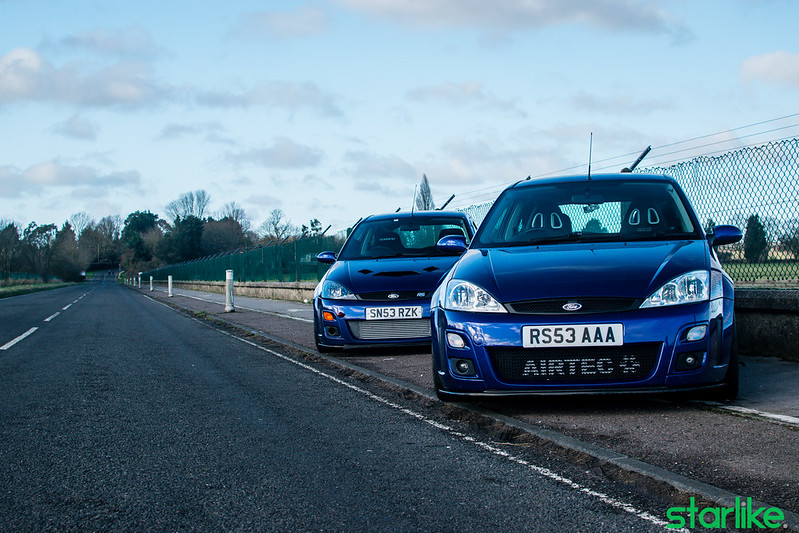 James bought his RS in 2013 and has done the usual modifications that release power and enhance the experience of a turbo charged car, exhaust, intake, intercooler etc. Recently he decided to up the ante a little and make it more track focused, probably due to seeing my outstanding build and him feeling suitable jealous, (just kidding of course). 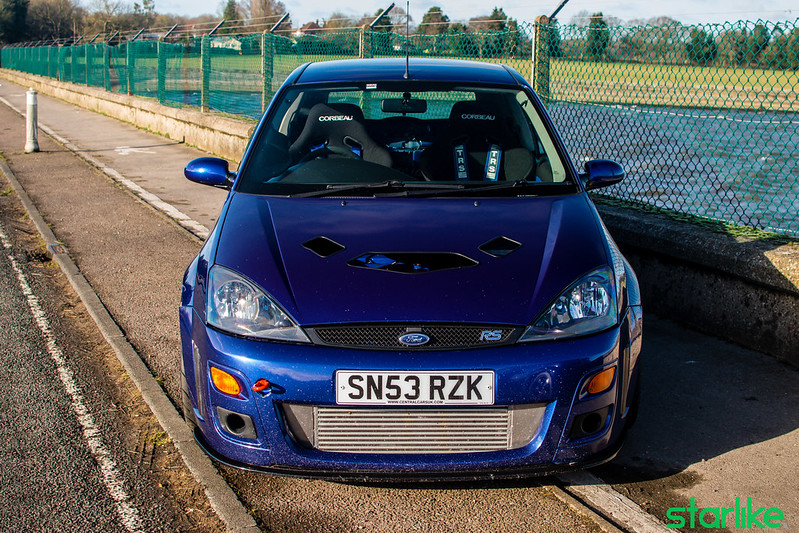 Part of this ‘facelift’ to the car was to future proof it with a new exhaust housing, courtesy of my standard turbo from my car, as well as a new actuator and an update to the map, which meant a trip to the legendary Sabre, based just outside the circuit at Castle Combe in Chippenham.

For those that don’t know, Sabre have been tuning Fords for years now and are pretty much the go-to-guys for either a kit from their own development, or a bespoke tune based on current mods and your ideal goals. For example, I had a hybrid turbo and all supporting mods and just required a map, which they obliged and made my car drive better than ever before!

James has a Garrett GT25 hybrid with GTX2867 internals, when strapped to our little four pot engine, this produces a decent amount of power without compromising on response, which is crucial since the car is going to be driven on track, it’s no use bogging down and waiting for turbo lag on a corner exit now, is it? Full spec and further photos are at the bottom of the post.

So, we set off around 9am on Friday, the sun was uncharacteristically strong for the UK, so it was a pleasant couple of hours. When we arrived, we had a chat with Leighton and Paul just to confirm what changes had been made since the last time they had the car, just the exhaust housing and actuator, no issues were expected, so onto the dyno it went. A few data runs were completed to get some baselines first, then the guys began their wizardry. 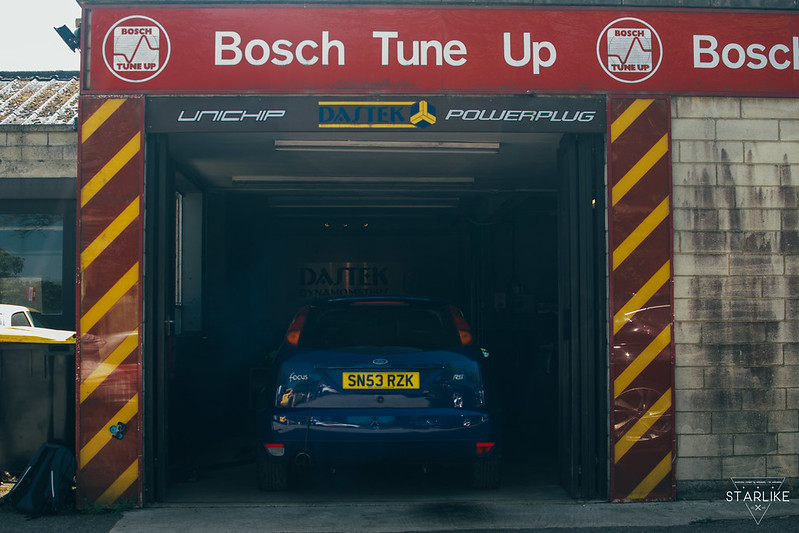 After the tweaks were made, checked and rechecked, the car was run for final power figures. As well as power and response, James was after reliability and drive-ability too, thankfully, Sabre has options for this. Switchable maps provide settings for various scenarios, James has low boost for cruising around, just 16 psi producing 360bhp. They have something called ramping boost, which is a setting James has which doesn’t just throw all the boost the turbo can make in all at once, perfect for powering out of traction zones, this makes 402bhp at 23psi. Then there’s high boost, you may as well call it party mode since it makes a very enjoyable 426bhp at 26psi, as well as having added pops and bangs for when you really want to let people know you’re coming…or leaving. 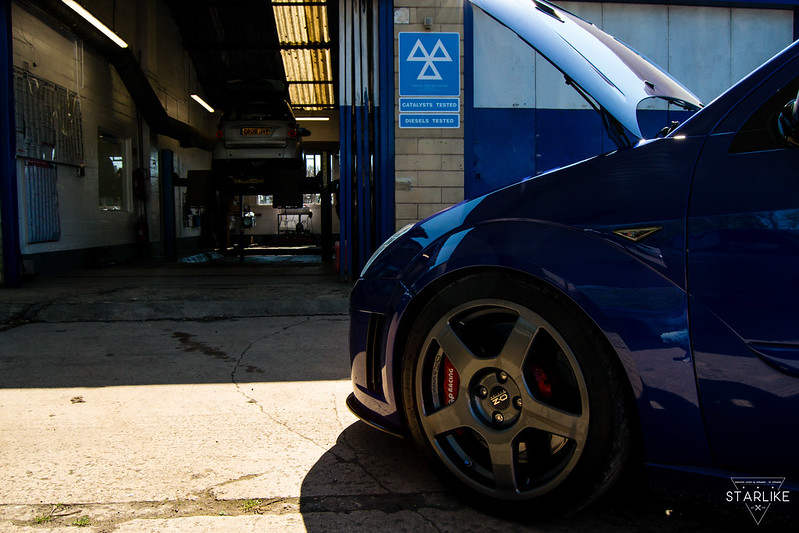 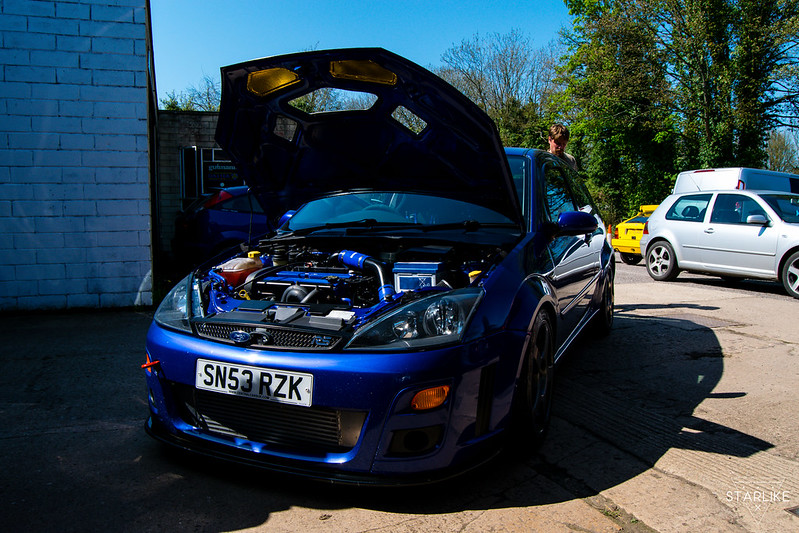 A rally hero with the heart of a samurai

After the dyno runs, Leighton always takes the car out on the road, since power runs mean nothing if the car drives badly. After he came back, we got the thumbs up and had a look around the workshop, it’s always funny what you find on a tuner’s premises, but this was certainly a surprise. 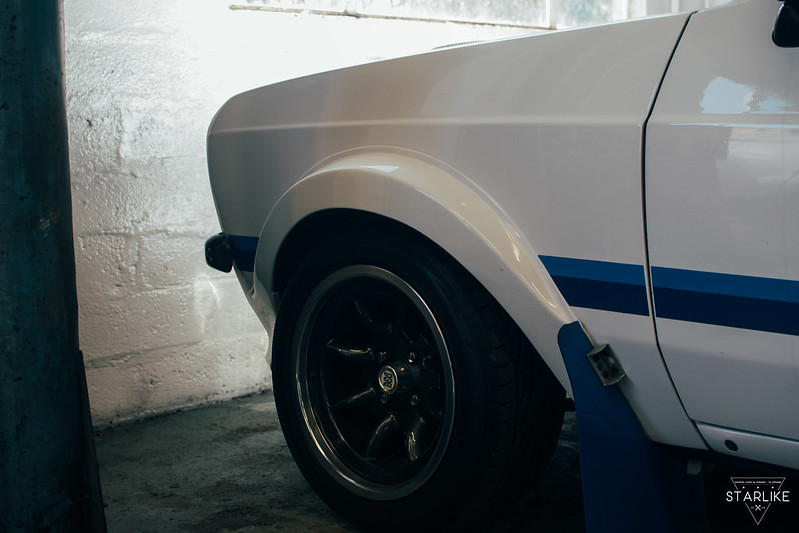 An absolutely mint condition Ford Escort with perfect rally style interior including a freshly painted white cage. While these are rare in the UK, this one had something else up its sleeve. Powered by Cosworth? Not this time, instead there was the heart from a classic Japanese sports car, the S2000. The motor was complimented by some carbon trumpets which looked great and I can only imagine sounded amazing at 9000RPM! 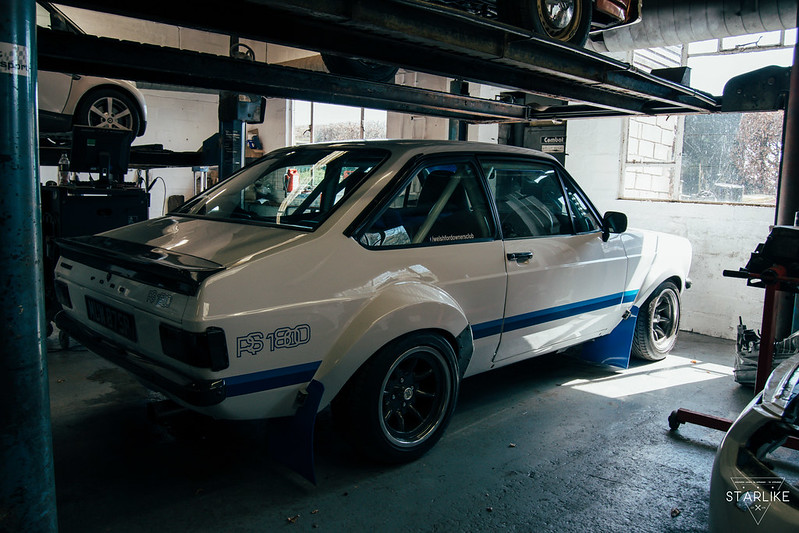 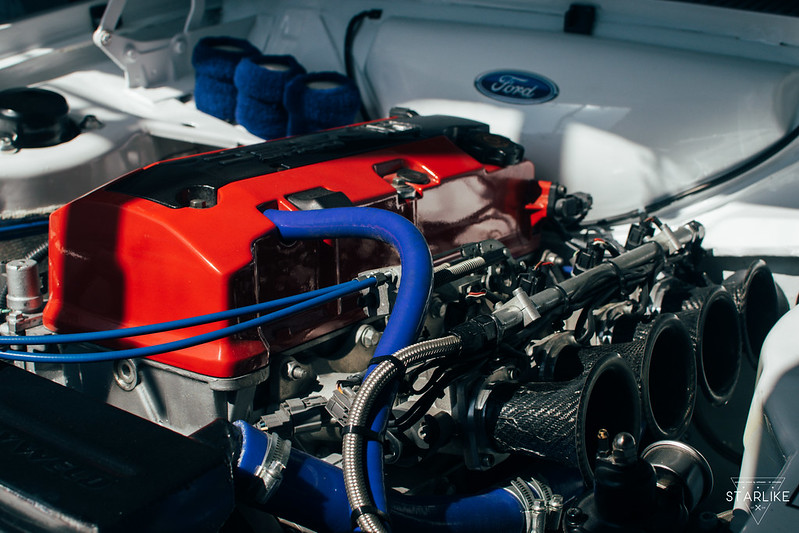 I would love to find out more about this car and perhaps see it moving in the future, the level of detail was amazing, from the carbon accents on the outside, to the perfectly stitched headlining on the inside. Awesome. 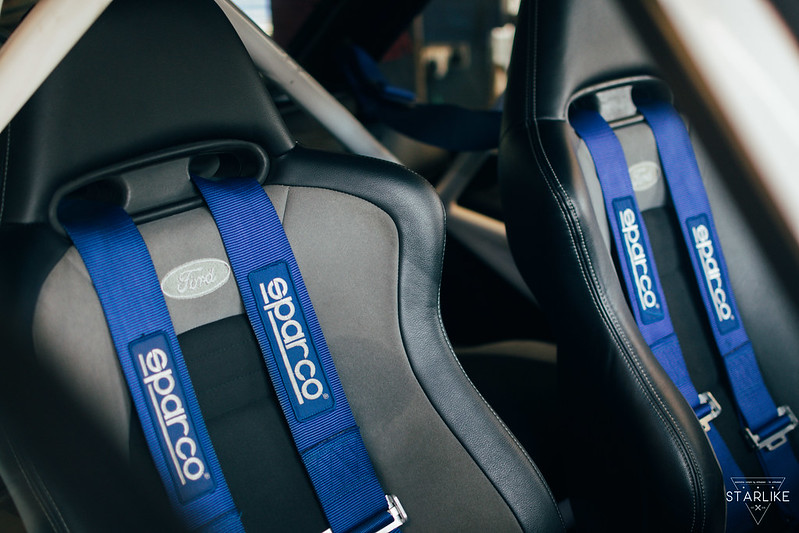 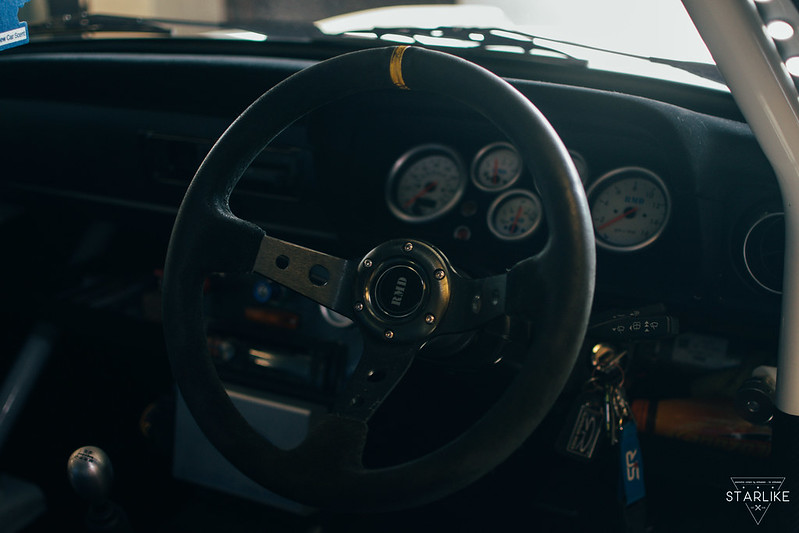 Italian Stallion poses for the camera

While James was finishing up with Leighton, I found something else extraordinary, something you VERY rarely see in person, this time from Italy. 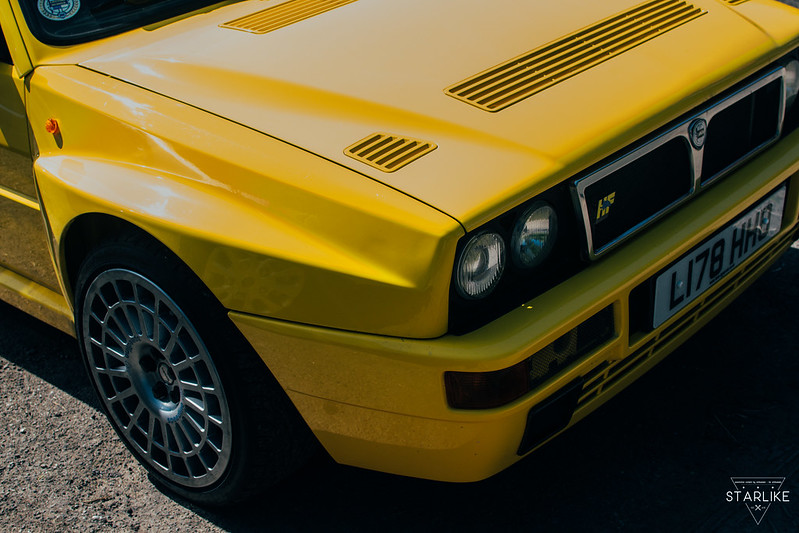 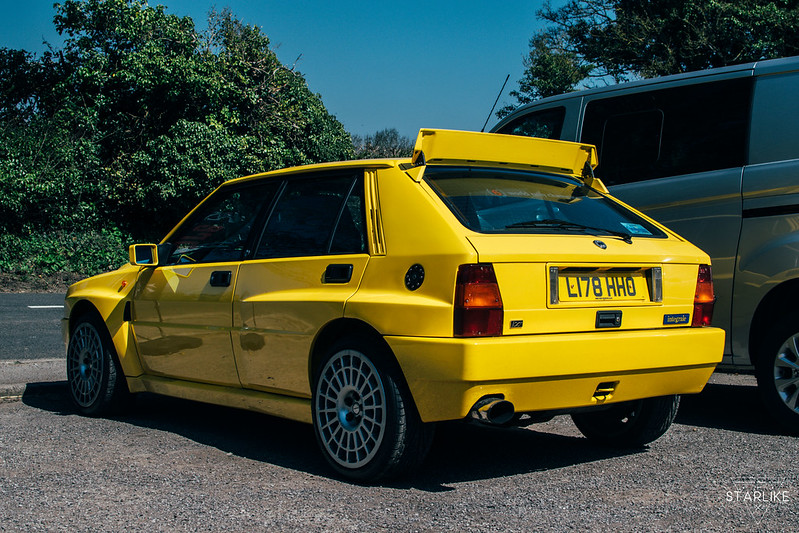 Yep, a Lancia Delta Integrale, what an amazing design that still stands up today, famed for its rally heritage and respected the world over. It looked like this one was actually driven too, which I guess makes a change for most cars of this type! 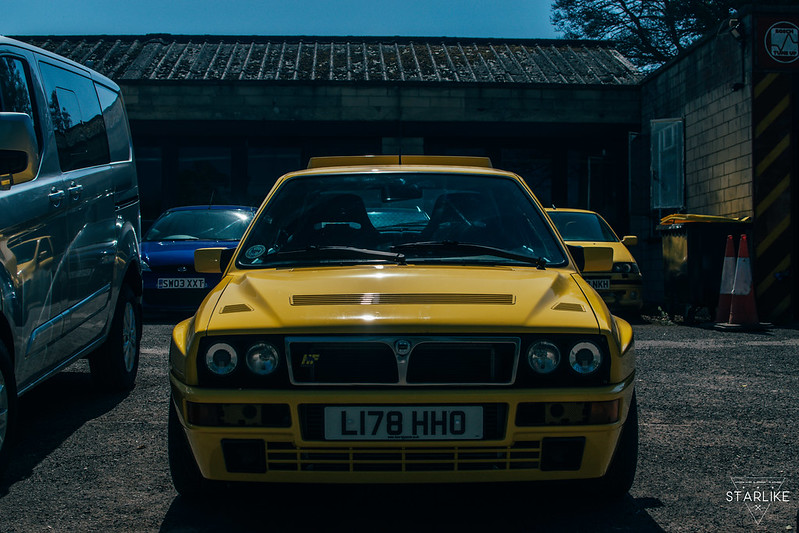 Looking around the beast there are so many design cues that manufacturers are using on modern hot hatches today, flared arches, copious amounts of vents, big (possibly unnecessary) wings. It really is one of the founding fathers of practical performance cars, AND it doesn’t look bad for being a five door either! 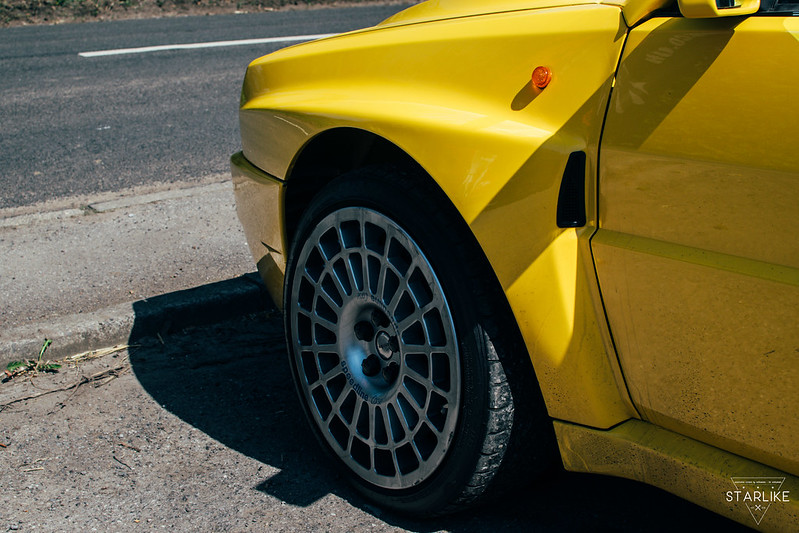 They say don’t meet your heroes but I would love to drive one of these at some point, who cares if it’s not as great as you think? It’s a Delta!

It turns out that Leighton from Sabre has a history in tuning Italian cars, working on a lot of the performance Fiats, you might even be able to see one such car behind the Lancia, diverse as well as experts it seems!

We decided to have a nose over at Castle Combe circuit while we were there since we’d seen some cars rolling by during the day, turns out there was some sort of Lotus track day on, lucky us! 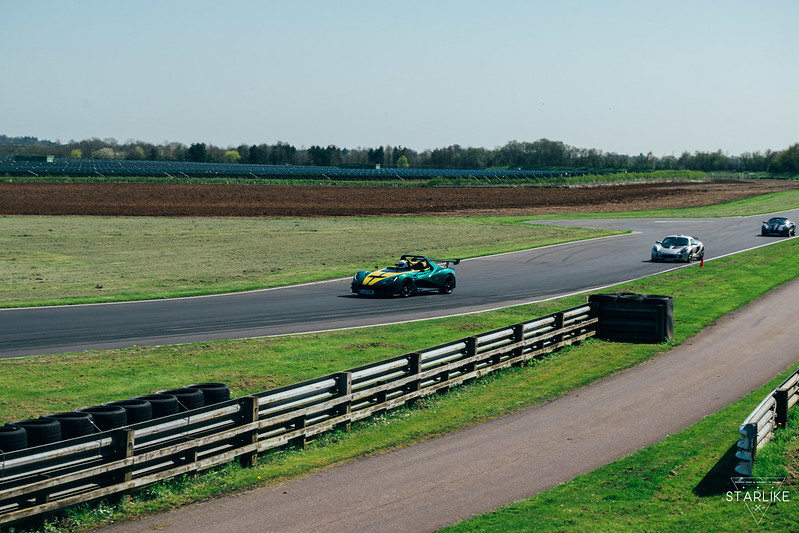 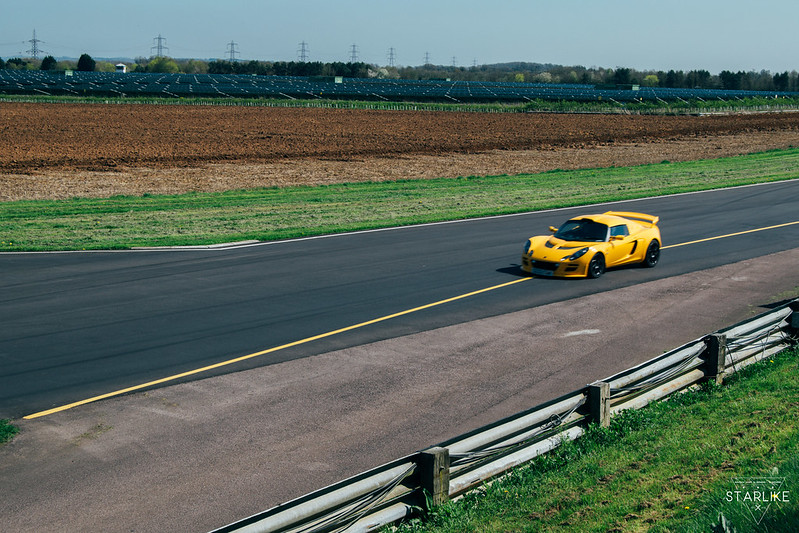 As you can see there were all kinds of the brand from Hethel’s cars there of varying ages. Great to see. 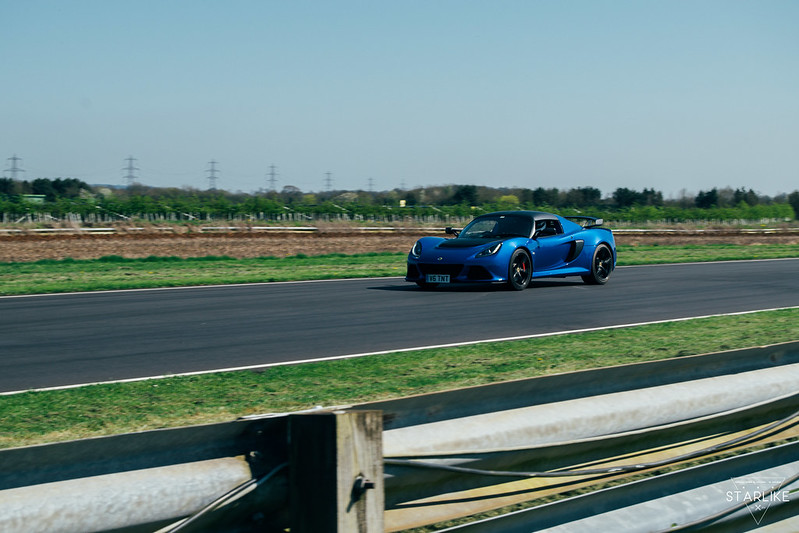 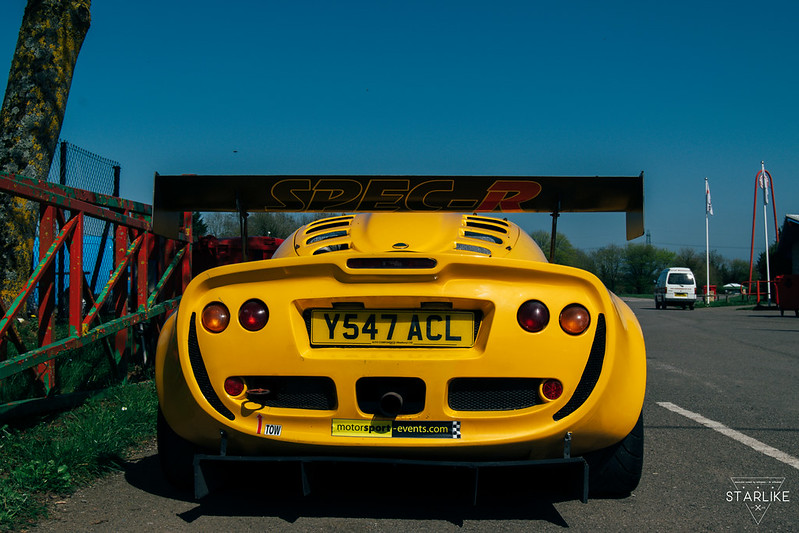 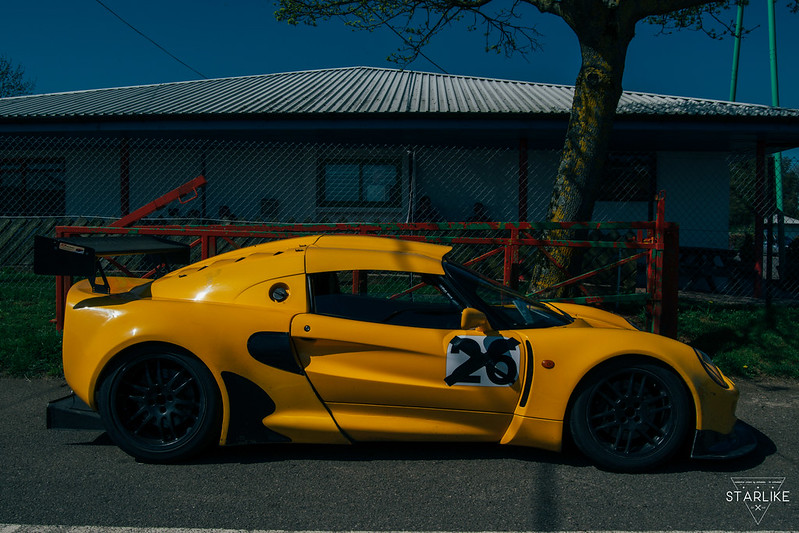 This one was even for sale, be still my beating heart! Full photos HERE

After we’d watched a few sessions, we headed off, facing the prospect of Friday afternoon traffic on the M25, joy! I did manage to snag a little time in the driving seat once we got back to more familiar roads and oh my lord, James’ RS is an animal now. Feeling the difference in boost levels and delivery is great too, I had a little play on some country lanes and managed to test out the semi slicks’ grip too, impressive indeed. All in all, a great day and a brilliant result for James too. 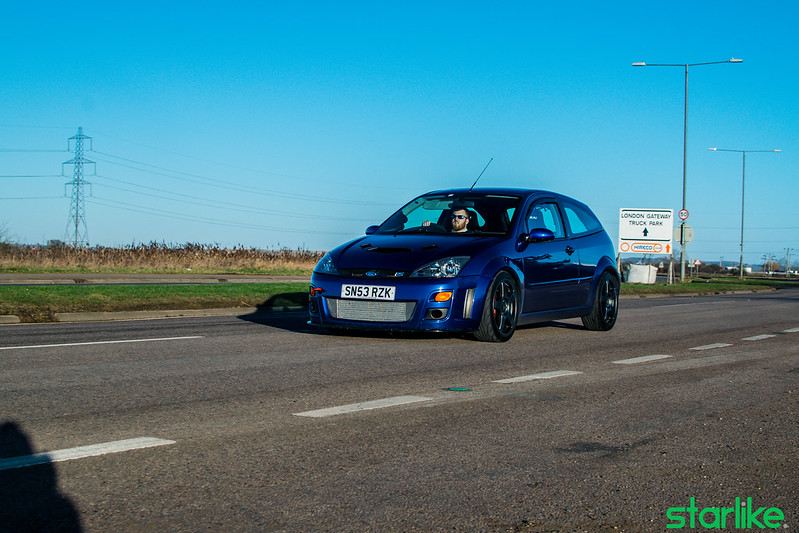 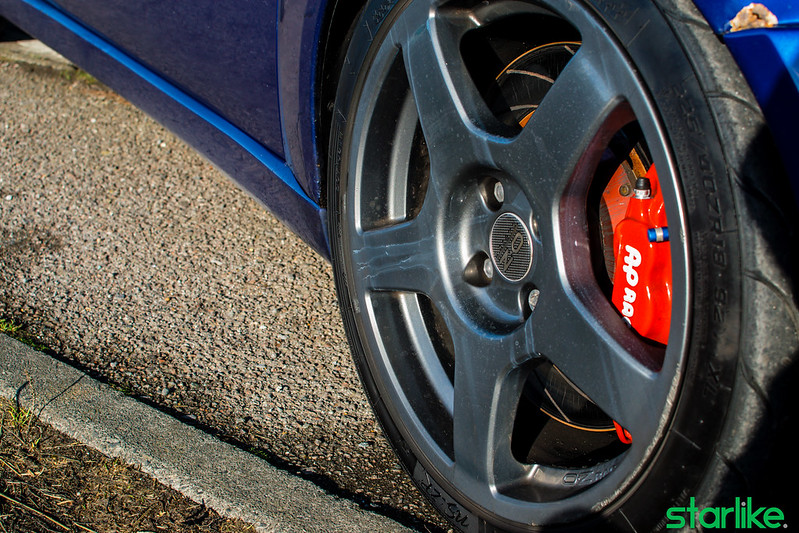 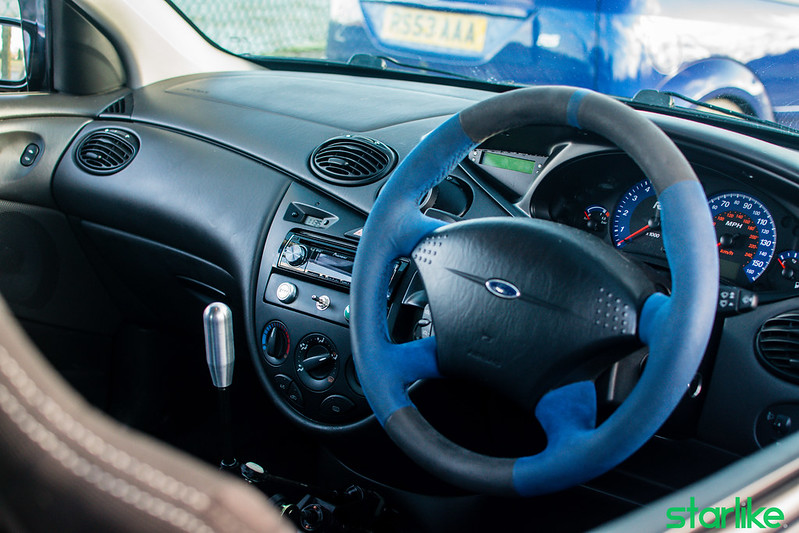 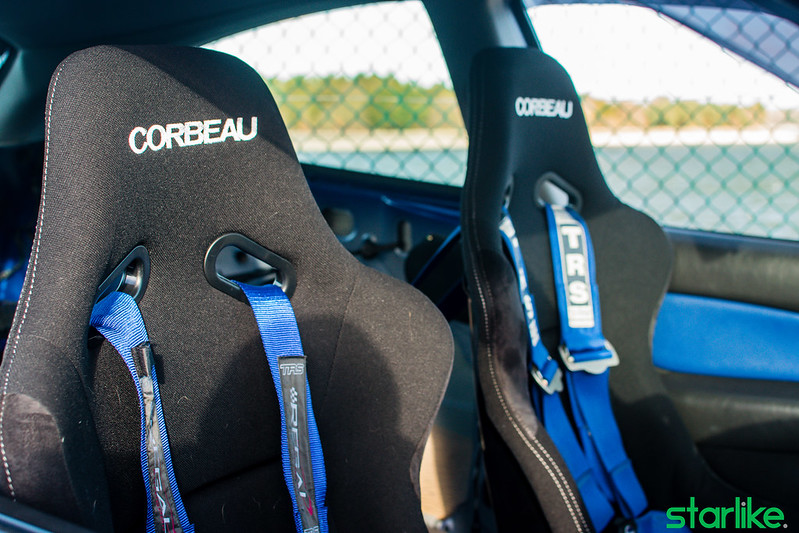