The British weather has been…interesting to say the least recently so the start of the car season has been a bit stop start for us. I’m happy to say though that my first BoostedUK meet was a brilliant one.

The guys have stepped their game up in terms of organisation now, which I was really impressed with. Parking sorted into brands, much more space available and food facilities outside meant it had more of a show feel than previous events. There were even a few stands selling cars and products!

Before I get too far into the cars, I’d just like to promote the charitable reason behind the donations at these meets. In this case, it’s for a young lad called Finley, he has a condition called Spinal Muscular Atrophy which means he needs special equipment to get around. He was at the event with his family and it was clear he was loving the cars, if you don’t mind, take the time to read about him here and if you can possibly donate to help a fellow car lover, click here. Big props to the Boosted guys, a more than worthy cause. 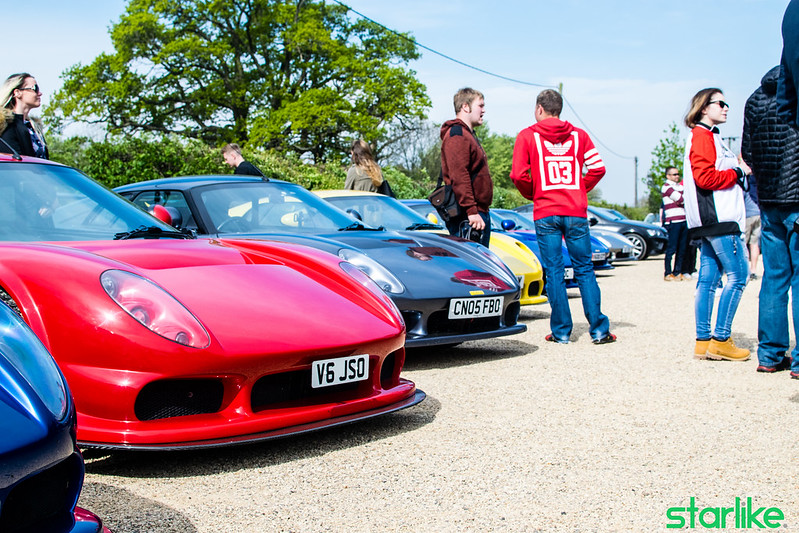 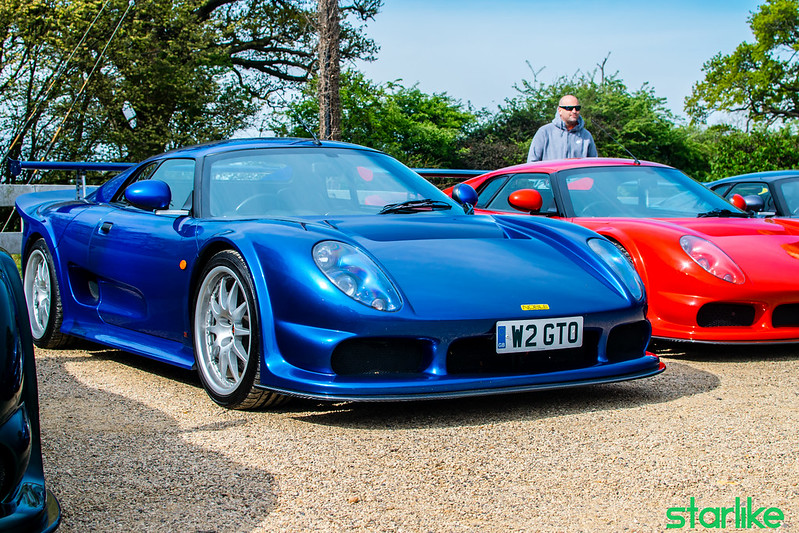 Great to see the Noble guys were out in force, you don’t see a lot of these on the road, which is a shame, because they are real beasts! 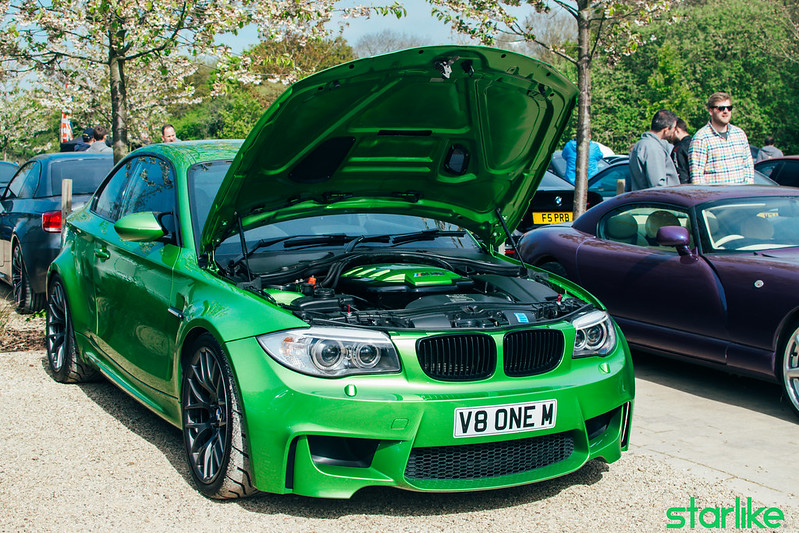 I think I’d seen some photos of this car on social media in the past, but never in person. 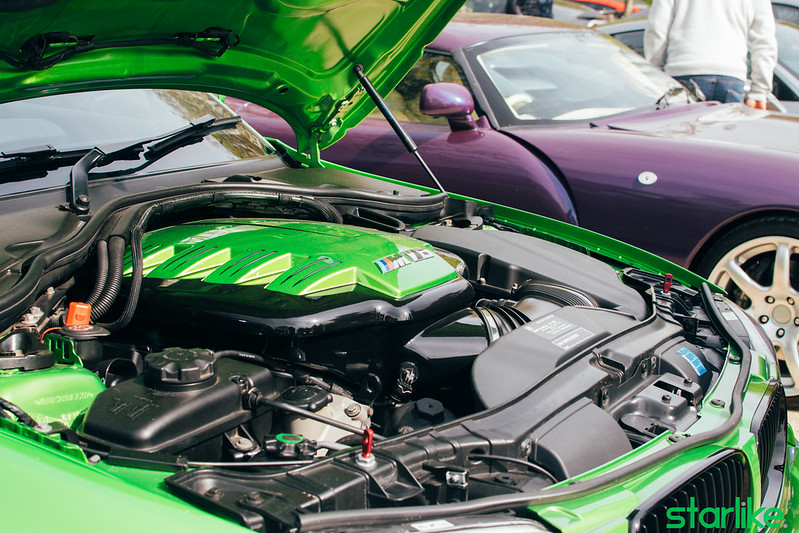 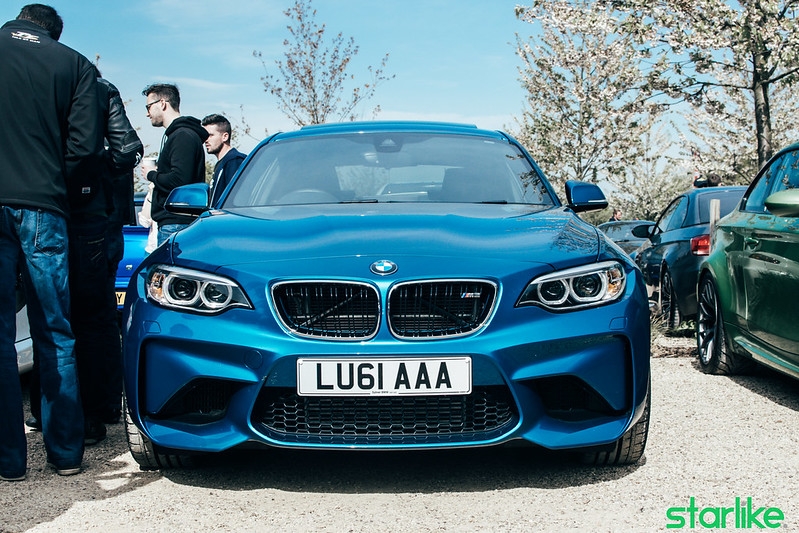 Since it’s launch, I’ve been gradually warming to the M2, there was a lot of hype over it but I’m pleased to say I really like it’s purposeful stance and mean features. I’m excited to see what BMW do with a lightweight version, which seems almost certain after the announcement of the M4 CS.

Talking of the M4, I love how the fairly bland engine bay is lifted by the carbon fibre brace, makes it look so much more exotic. 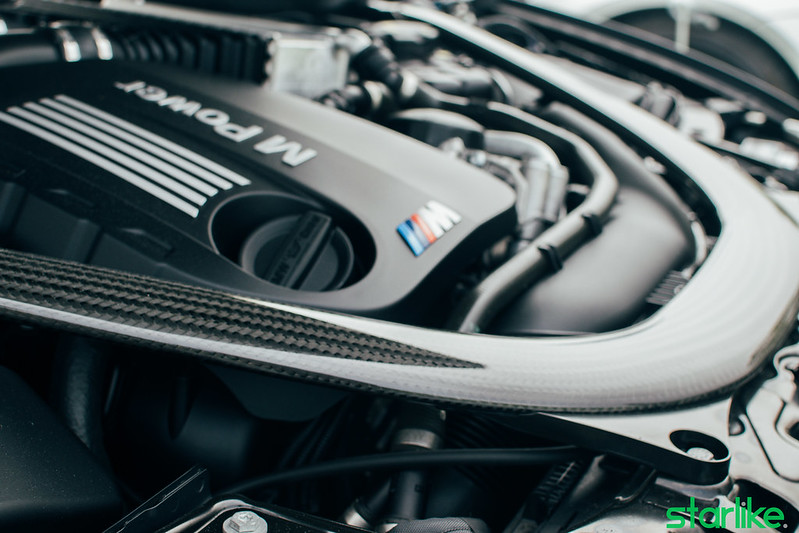 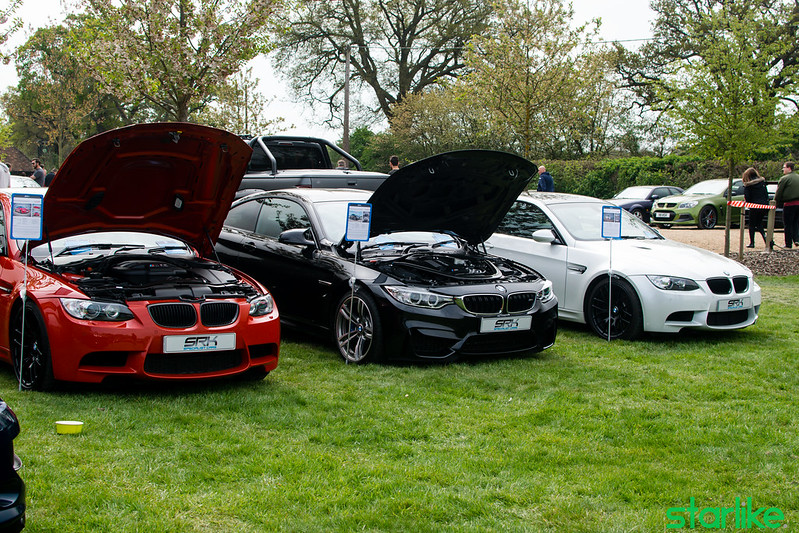 Brilliant lineup by SRK here, two competition M3’s and an M4, I’d find it tough to pick I think… 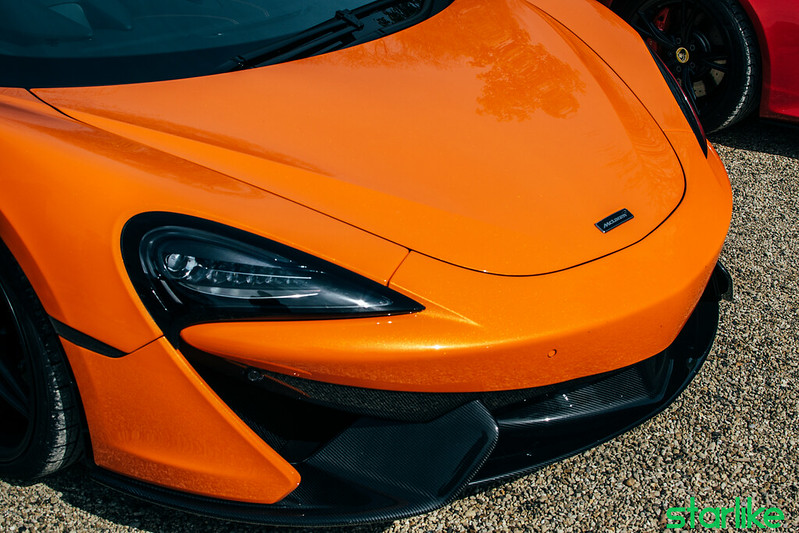 This certainly stood out in the April sunshine. 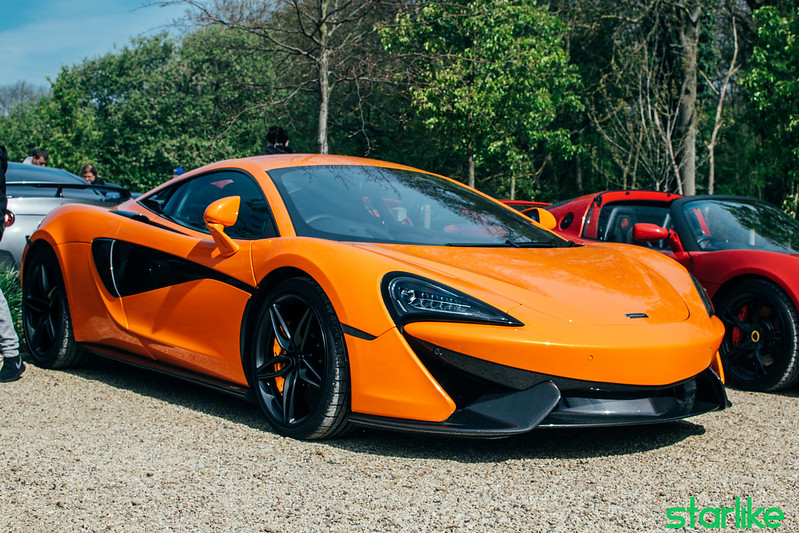 McLaren are really doing a great job with road cars these days, you can instantly tell it’s one of theirs, without it being too extreme. 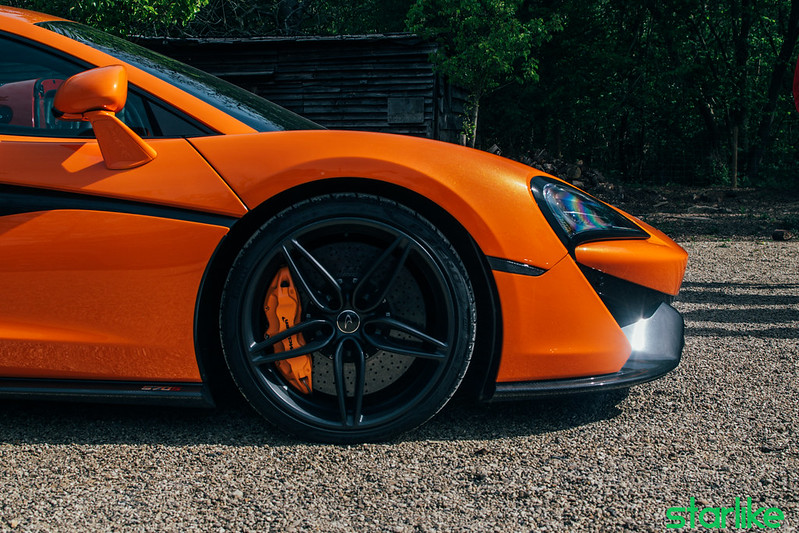 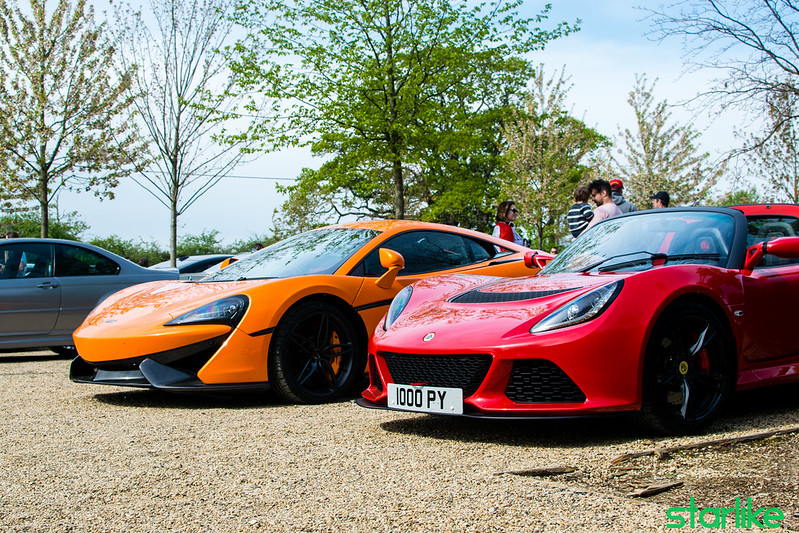 Looking right at home next to it was Alex’s S3 Exige, I love these cars, they look so exotic, you wouldn’t think they came from Norwich! 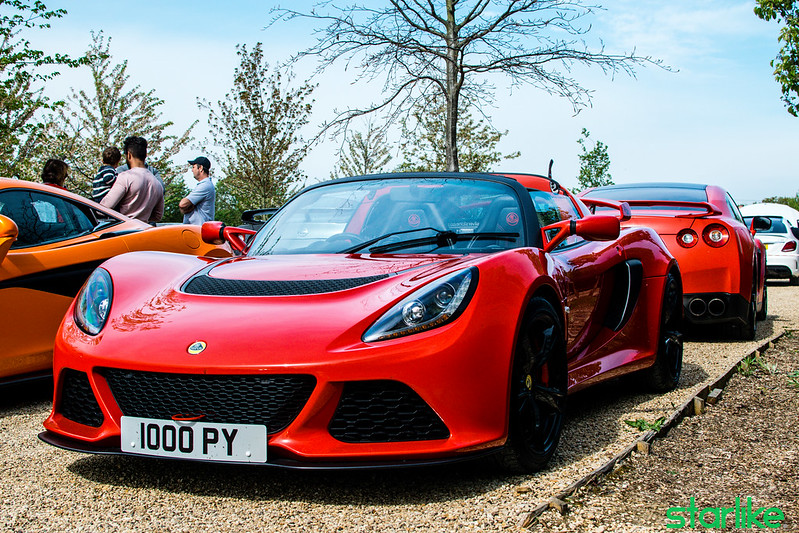 Expect some content featuring this car in the future, that’s all I can say for now 🙂 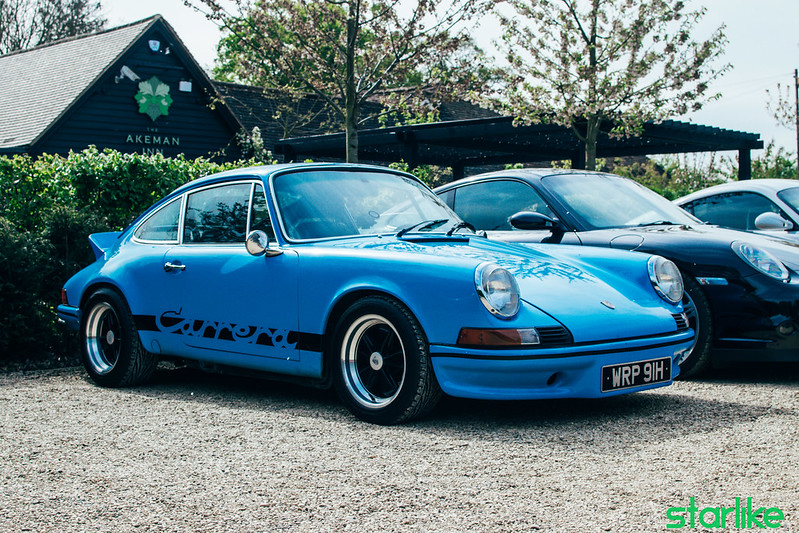 Just opposite sat this classic 911, we’ve seen it before, but this is the first time in the dry. Absolutely beautiful. 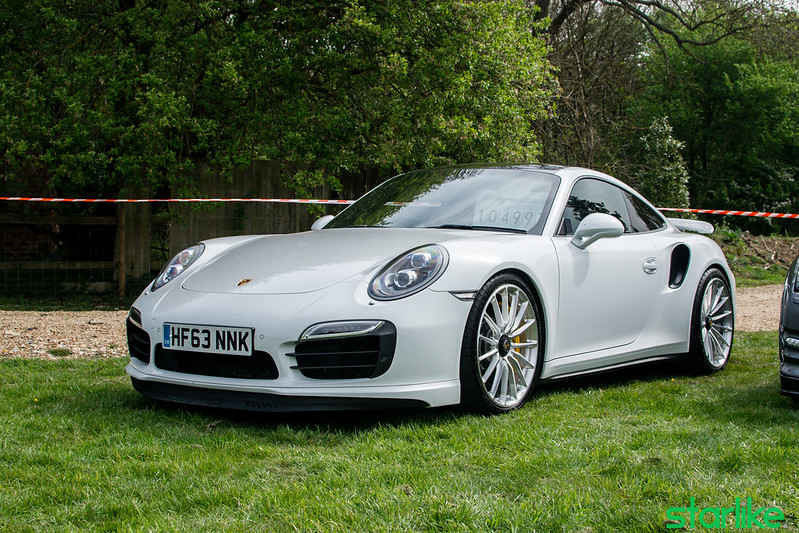 Way more modern is this 911 Turbo S, these are real monsters when unleashed on the open road. The difference in size though is incredible! 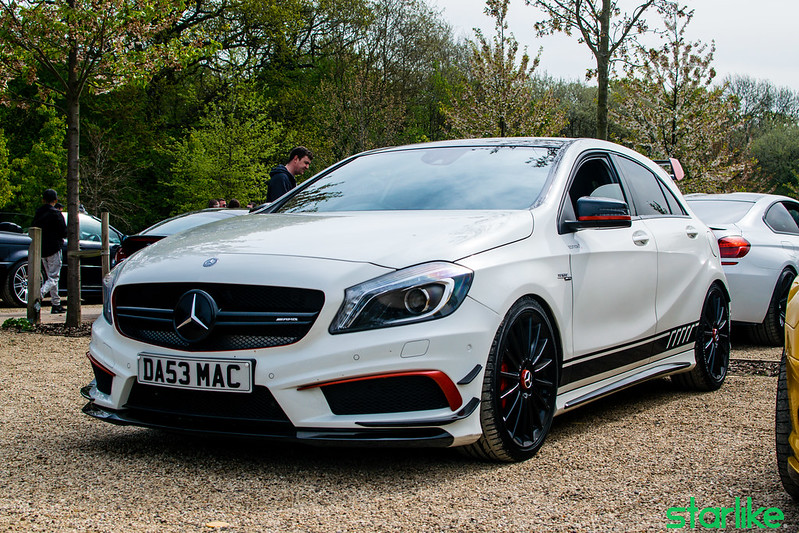 Also from Germany, this A45 AMG Edition 1. I’ve not seen one of these in person before, I actually heard Misha from apex talking about them in one of his vlogs. I’m still not sure of the differences between this and a standard one…Anyone care to fill us in? 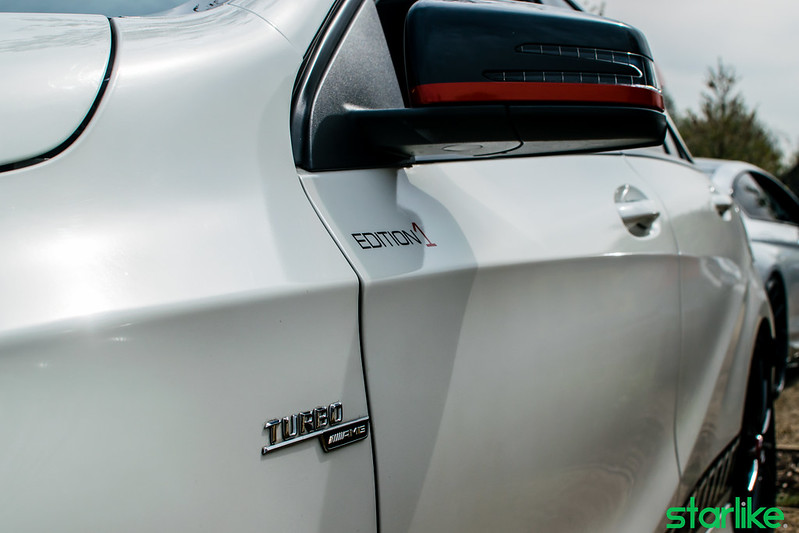 The stickers certainly liven it up though! 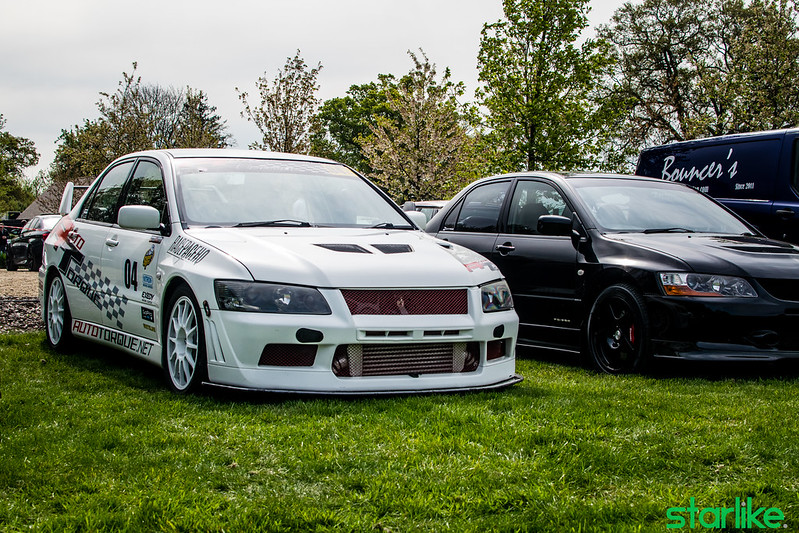 As always, there was a good showing of the Evo badge. 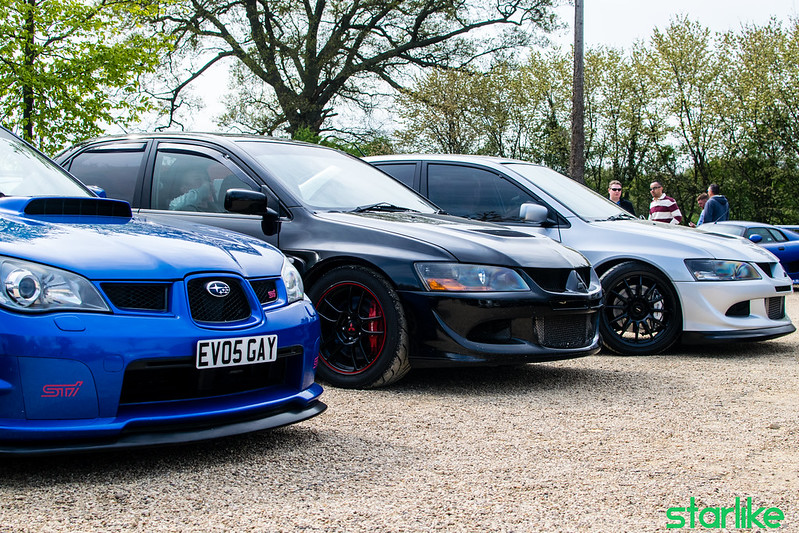 Though I’m not sure these guys liked the placement of the STI in this row. Hopefully they’re all friends! 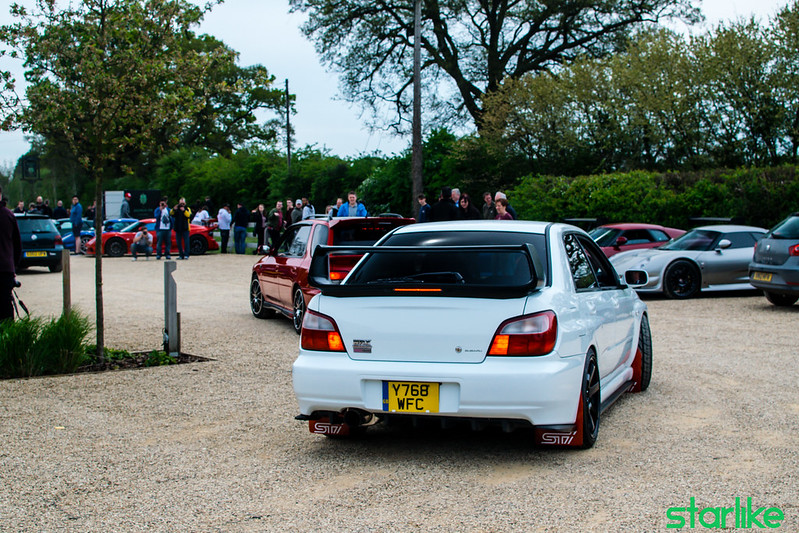 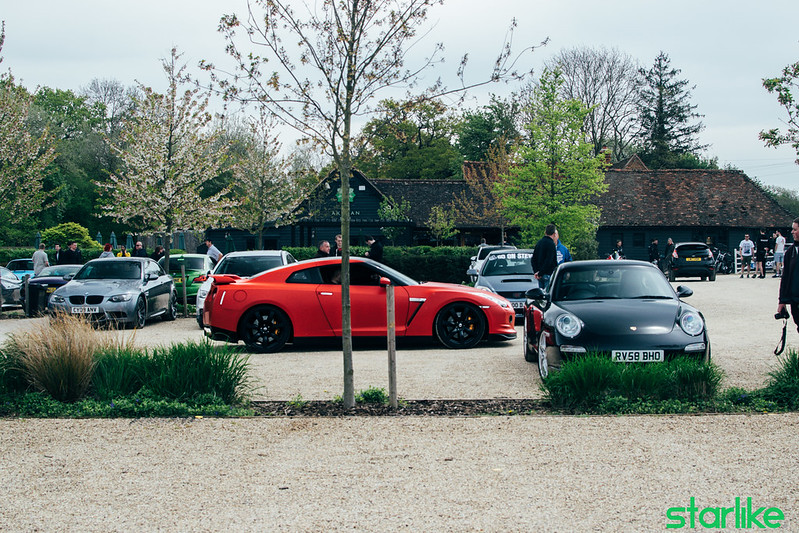 I managed to catch a picture of Godzilla prowling around for prey, standing out like a sore thumb! 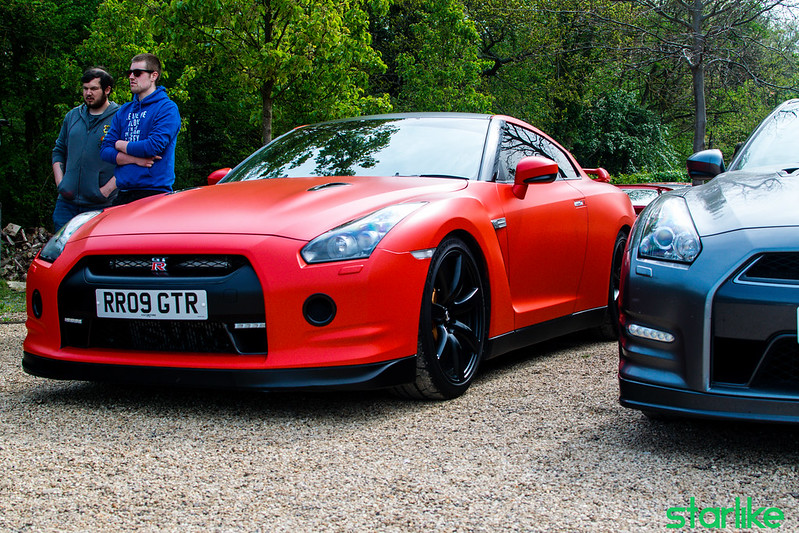 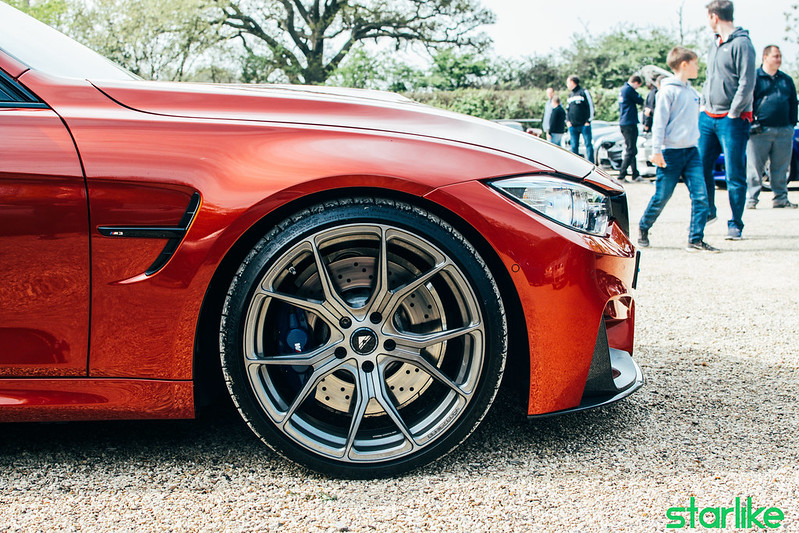 I had to grab a photo of this new M3 on Vorsteiner wheels, it sat perfectly. Great job! 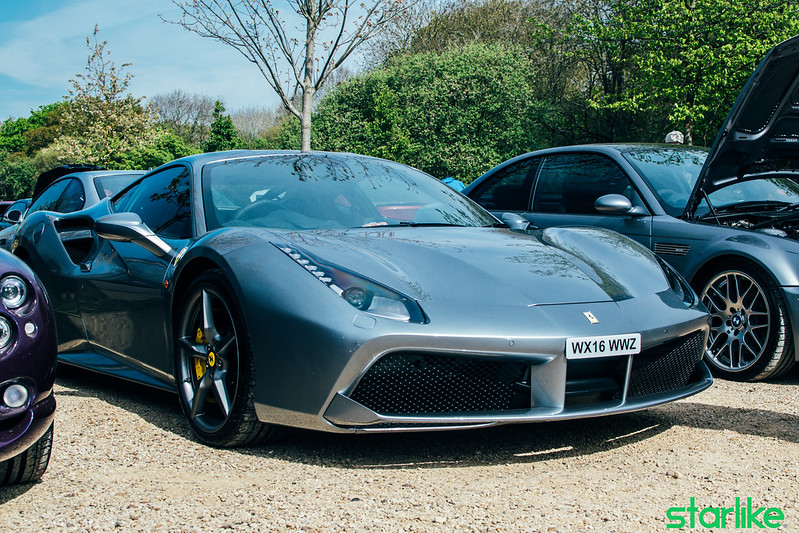 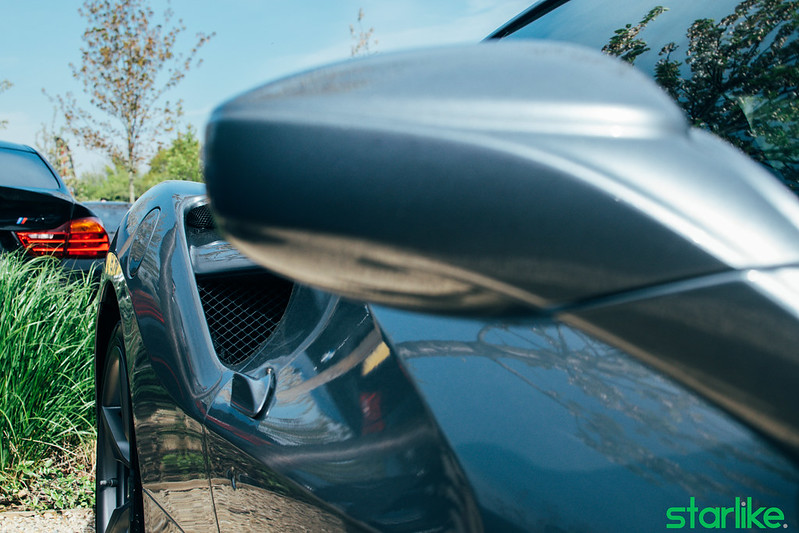 This new 488 with its carved bodywork looked typically Ferrari. I really prefer them in these slightly muted colours, makes them a lot more interesting to look at. 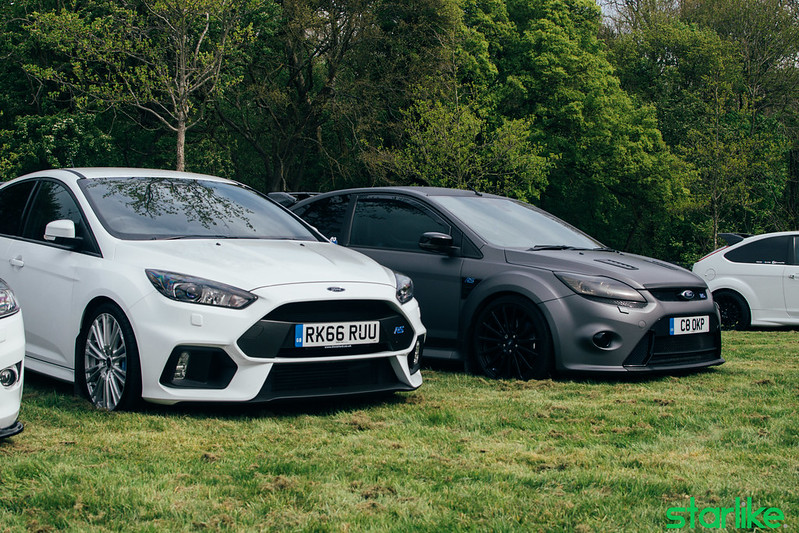 Grey has the opposite effect on this MK2 RS somehow! Sat next to its younger brother it looks really angry! 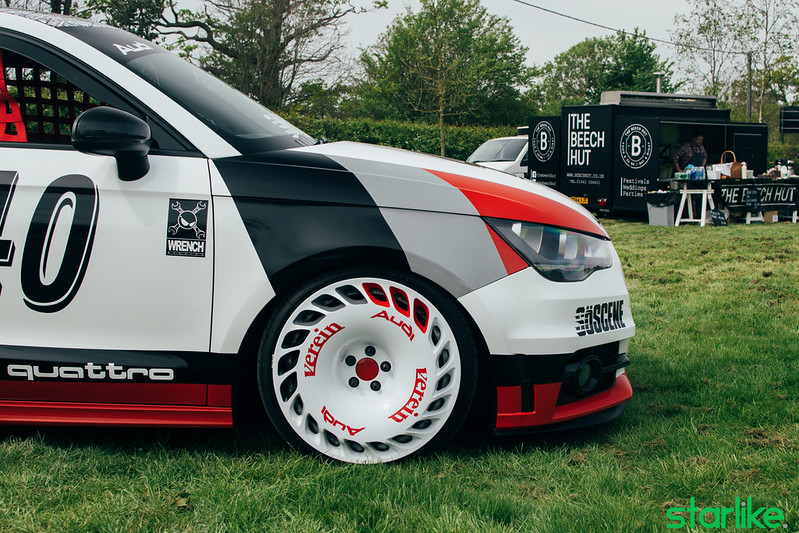 This modern-retro-rally style Audi S1 caught my eye, I really like it, I’m not sure I’d drive it daily but I do like it. 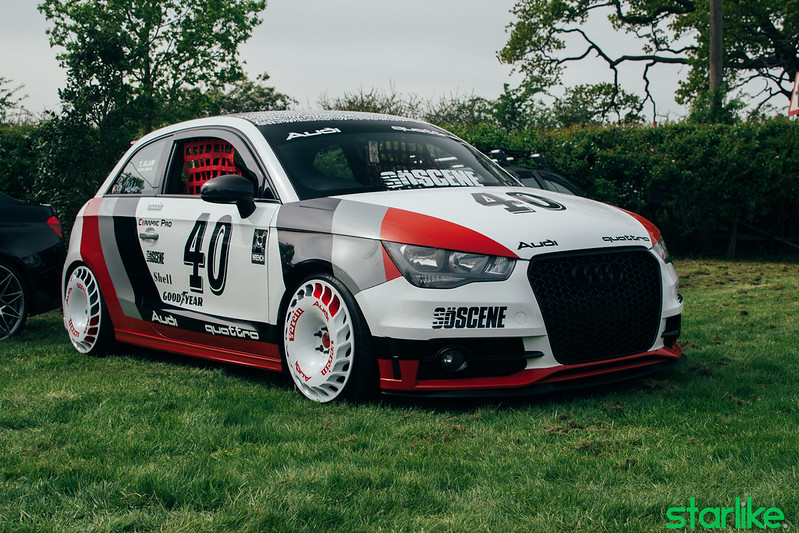 And there we have it, that’s your lot! There are plenty more pictures to be found here – make sure to check out BoostedUK/Boosted Events here for future meets and events, they’re really doing a great job. 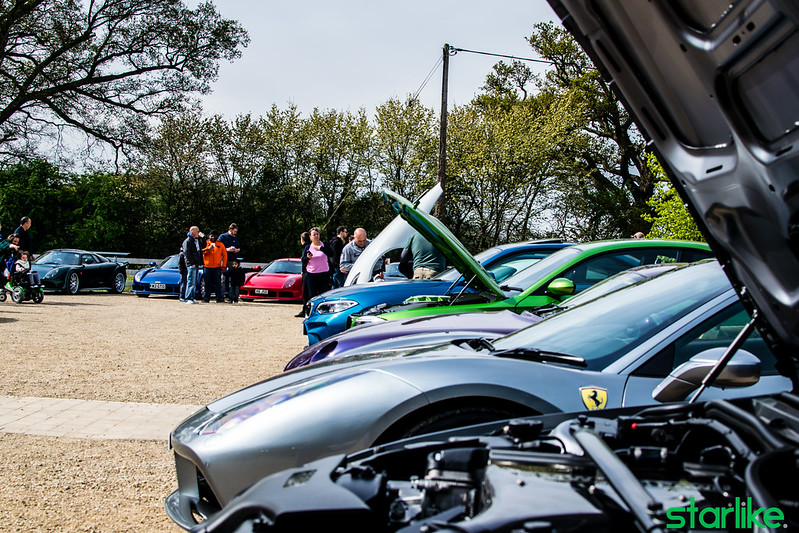