As most of the people reading the blog know, making the trip over to Germany to visit the legendary ‘green hell’ is something you just have to do.

After a few failed attempts of getting people to commit to booking hotels and time off, we finally got our act together and took the plunge in late 2014. We decided we’d do it in August 2015, the weather should still be warm but not during any public holidays so the track should in theory be quieter. We got the train booked pretty early so managed to save a bit there, hotel was very reasonable and very close to the circuit.

So with the cars given the once over, loaded and filled up, we set off in the early hours of the Monday morning…very early hours, as you can see… 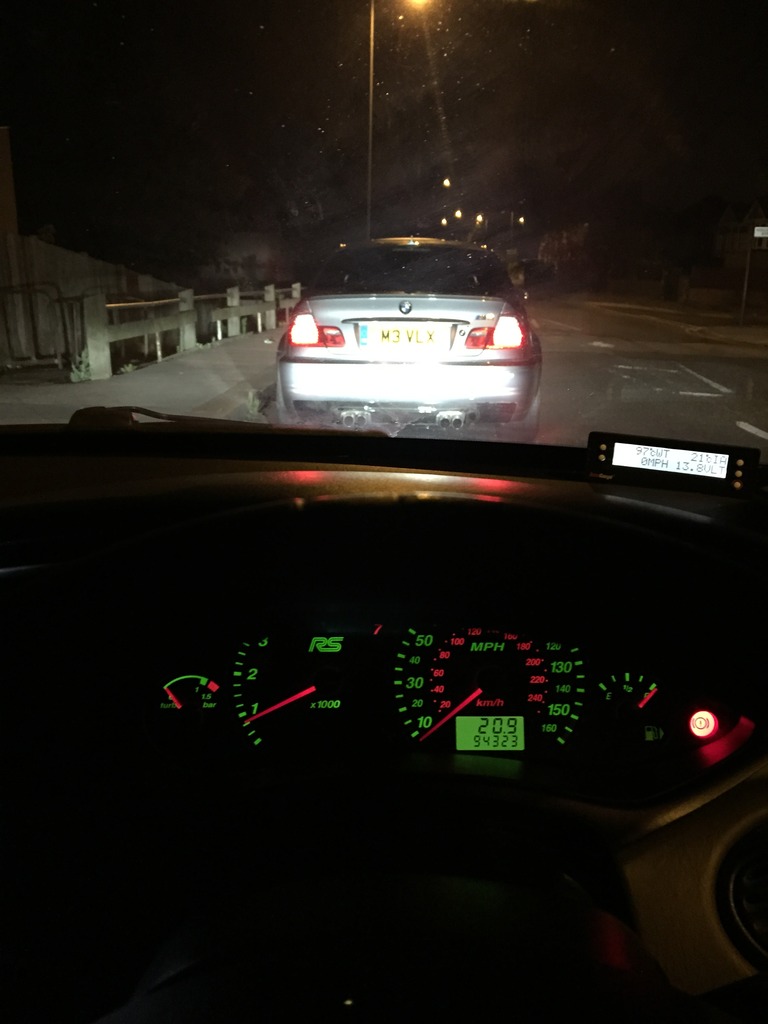 We headed off down to Folkestone, about an hour from where we’re situated and prepared to board the train, easy enough you might think, however, Mike’s RS runs pretty low, meaning he had to creep onto the train, something to keep in mind if you’re going!

Less than an hour later, we hit Calais and set the satnav for Germany. The bulk of the drive there was motorways, pretty uneventful, however, we found a few ways to entertain ourselves!

I have to say, France’s roads are good, Belgium’s are better, but Germany… Well that’s an absolute haven! Not only are the roads completely pristine, the people there know how to drive. They only move to other lanes when they really need to, they check their mirrors for faster traffic, it really is beautiful.

We had a couple of two way radios with us for the journey, just to make things easier car to car, as soon as we hit the area around the ring and it’s twisting, flowing mountain passes, we sounded like a couple of excited children, it’s a playground for car people, truly.

After a short blast and taking in the views, we arrived at Adenau, and very soon, at the Hotel an der Nordschleife.

We got checked in and went for a walk to one of the hundreds of viewing points of the track, we were ecstatic.

We watched some of the cars testing for a while and went to get our bearings and find some food, then retired for an early night, ready for the day ahead…

We went out for a drive through some of the villages nearby, many of which lend their names to the corners of the Nordschleife, took in the view and watched some of the many manufacturer testing sessions.

Here’s the latest iteration of the Jaguar F-Type blasting its way round, it sounded immense!

We got to the track entrance ready for the afternoon session and decided to go ahead and get ourselves booked in for a ring taxi, something I recommend everyone does the first time they go. We picked the M5 pictured below and paid up.

For a car that weighs near enough two tonnes, I cannot believe how quickly this thing could corner, barely any tyre squeal and insane traction coming out. The driver was one of the nicest guys I’ve met, he was chatting to us the whole time, explaining different parts of the track and what mistakes people in front of (and soon behind) us were making.

I was absolutely gob smacked at the elevation changes and compressions, it’s truly an amazing experience to be taken round at real pace by someone who knows the track so well.

After this, we spent a good amount of time taking in some of the insane cars in the car park, check out a few below.

We took it slow and stayed out of trouble, there was some pretty impressive machinery out there so didn’t want to cause any issues on our first run!

We parked up in the overflow car park and let the cars cool down, a successful first run, no casualties!

Since the evening session was coming to a close, we decided to grab some food and found our way to another landmark on any ring trip…

Literally the best steak I’ve ever had, very reasonably priced and full of history. Everyone there is swapping track stories and anecdotes from the ring.

Car parts on the wall, racing driver signatures on the ceiling, this is the place to be.

Just along the road from there is a well lit building, it looks like the worlds smallest but most interesting car dealership, (I know, it isn’t!)

We couldn’t resist some closer pictures…

…and a quick shot with it’s cousins..

We headed back to the hotel and got some sleep, ready to roll the next day.