On the weekend of May 7th to 8th, a dream of mine came true.

That seems like a bold statement, however, as someone who has a strong passion for cars (including motorsport), it really is the case.

This post is part one of a few writeups from the weekend and covers our time spent with a fully fledged, successful race team, competing in the Blancpain GT sprint and endurance series’. They are known to the world as WRT, and boast an incredible set of drivers, including the Vanthoor brothers.

Based in Belgium, they race the Audi R8 LMS Ultra and front several cars in various classes. This week was the UK’s Brands Hatch, just a stone’s throw from where I grew up. 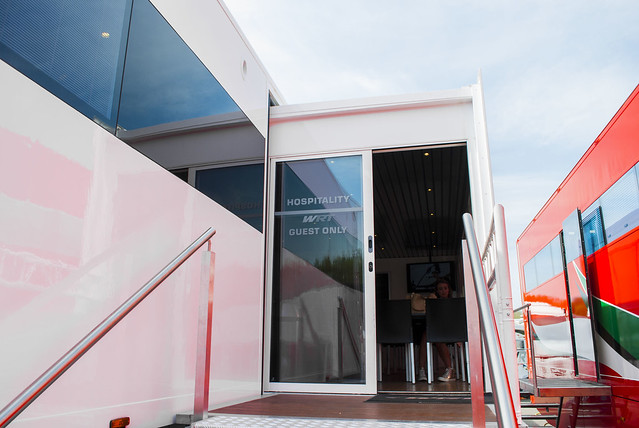 So, after making arrangements with our contact at WRT, Adrien, we found him waiting for us outside their team ‘village’. He welcomed us inside and showed us around and what an impressive facility it is, and 100% portable too! 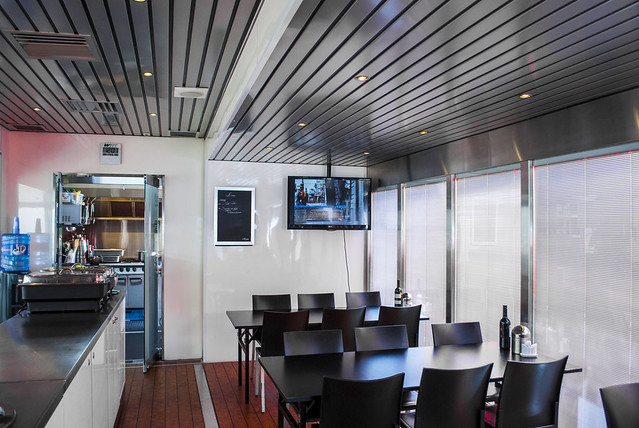 An inside seating area complete with TV’s, food and drink bars and kitchen… 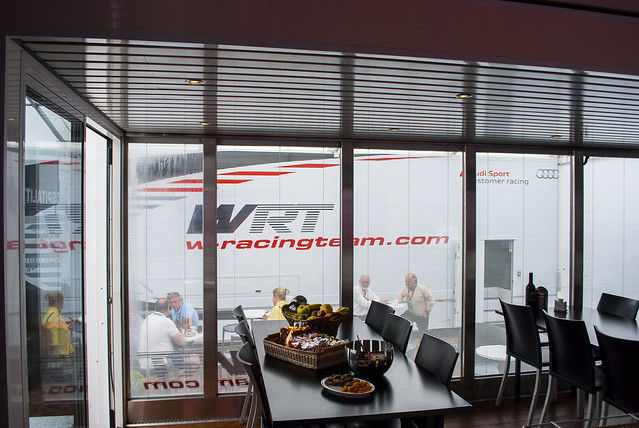 …Looking out onto a covered outdoor area with more seating and food and drink facilities, it was certainly a welcome sight due to the unusually hot May morning in the UK!

After a drink and a chat, we headed for a walk up to the pit garage, along the way, we spotted the ‘ultra cars’, (more on them in a future post), Adrien explained that he knew some of the owners of the cars and that their collections were truly something to behold. 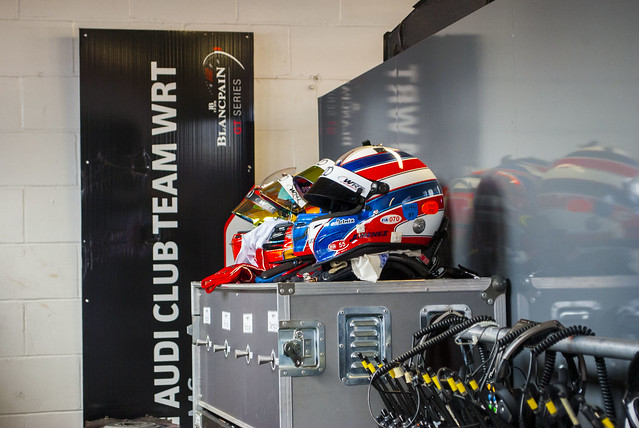 After walking in via the rear of the pit garage, I saw the drivers area, where they kept their equipment when not being used, all kept separate from the main garage to give them somewhere to keep out of the way while the mechanics worked. 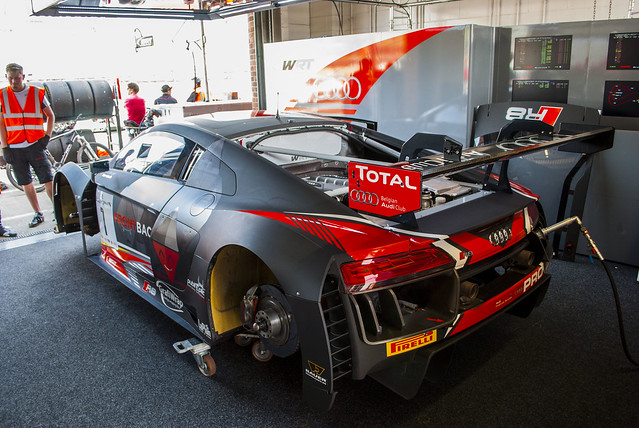 As we walked past the screens, we were presented with one of the striking R8s, sat there in full hover car spec with the wheels off, waiting to be unleashed. 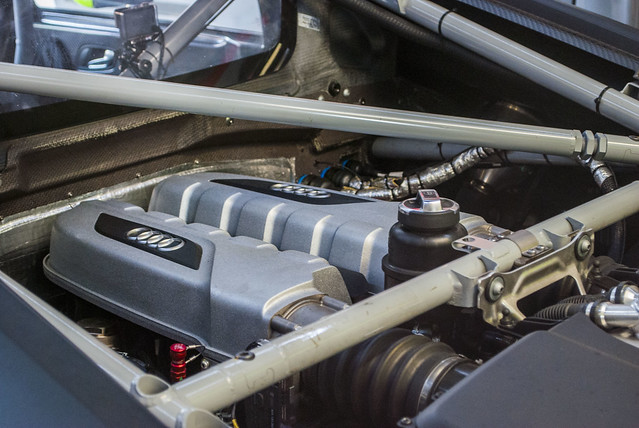 Uncovered was the beasts’ V10 heart. 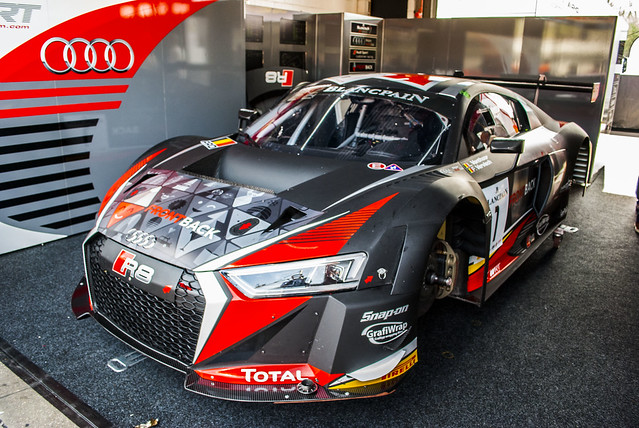 The front fenders are one of my favourite details of the car, they look so aggressive, yet still so sculpted. 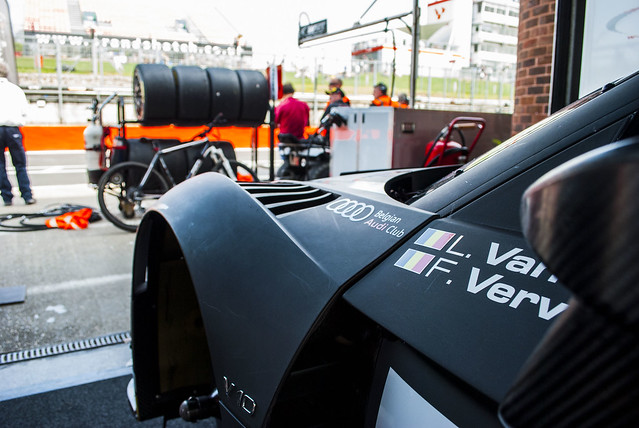 Mike was admiring the aero at the rear of the car – plenty of adjustment in the ‘upside down’ wing. 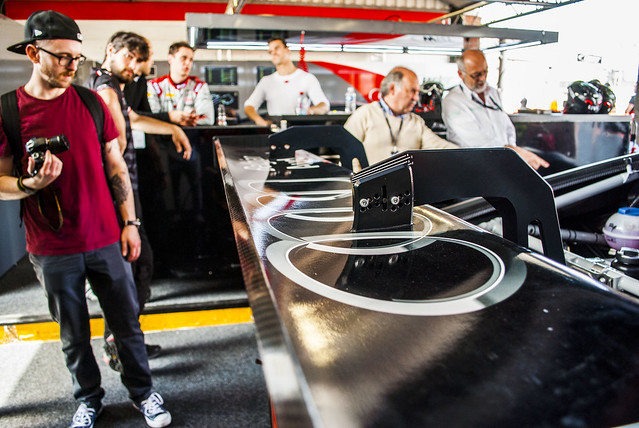 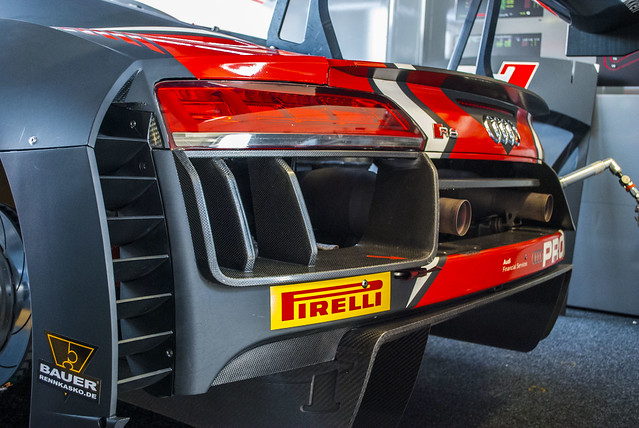 It wasn’t only the car that impressed me, the whole environment was so aesthetically pleasing in the garage, but still functional. From the carpet (lacking in many of the other pits), to the small branding details on nearly all of the equipment. 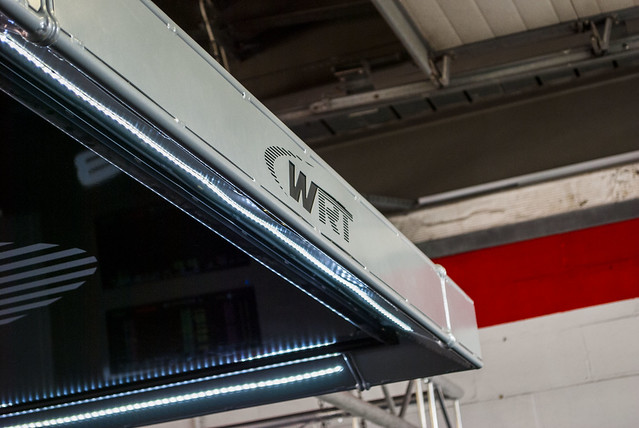 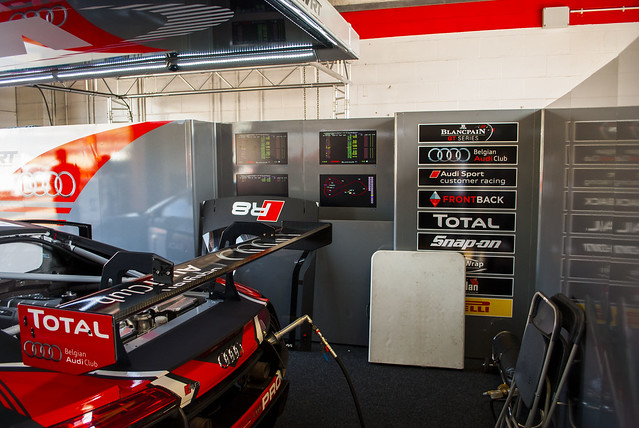 Adrien explained to us about their various sponsors and how proud they are to represent them, you really get the impression that despite the fact that they are a serious racing team, everyone knows what each other contributes to the organisation and appreciates it greatly.

Talking of which, he mentioned that the engineers and mechanics themselves come with very high accolades, Le Mans winners in every direction, pit crews holding series records for stops and expertise beyond belief! 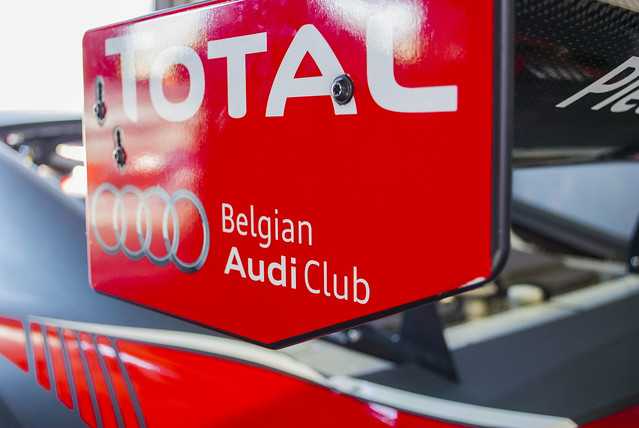 So how does all of this equipment, engineering and knowledge translate? Well Adrien explained that WRT have a bit of a problem..They’ve won so many trophies they need to make more space for future silverware! Definitely a good problem to have. 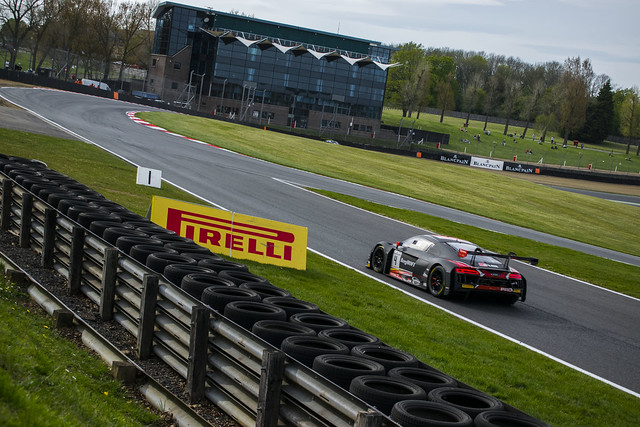 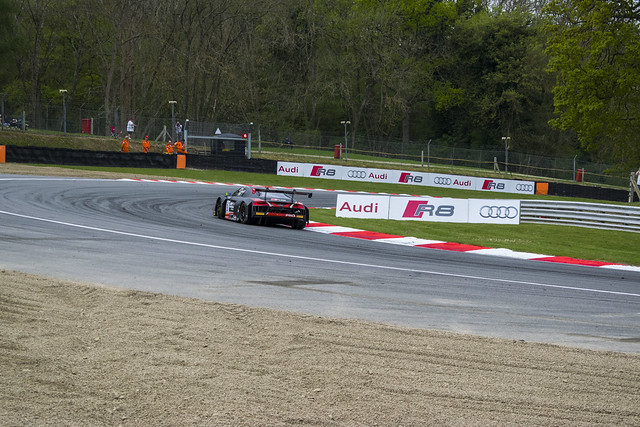 As you can see, the livery looks just as good when attacking the corners and dominating the straights. 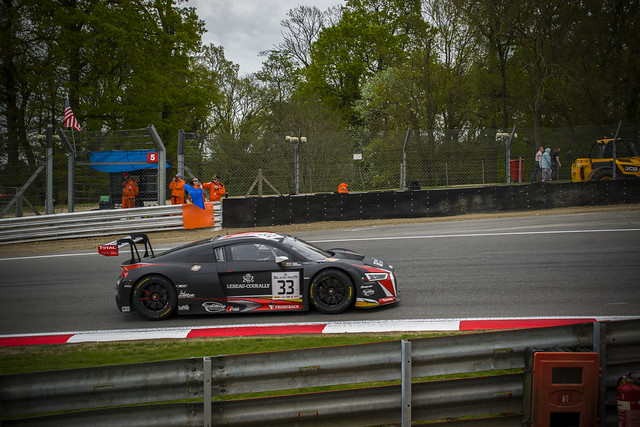 After our tour of the garages and being in the company of some of the drivers while doing so, we made our way alongside the team trailers, which convert into offices, storage or rest quarters, whatever is required. We even managed to spy a bit of a team meeting! 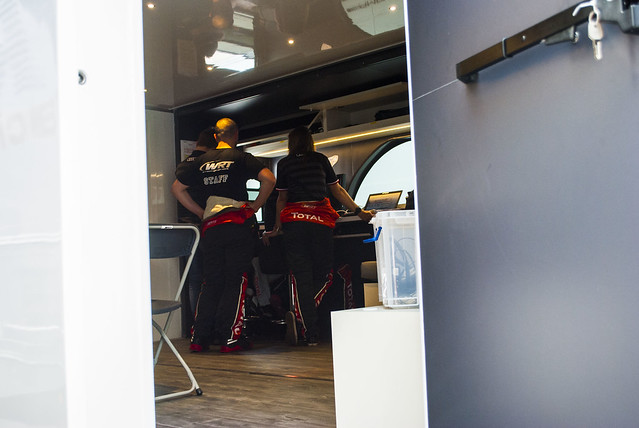 Talking of the trailers, this was a nice touch, each of them numbered like this: 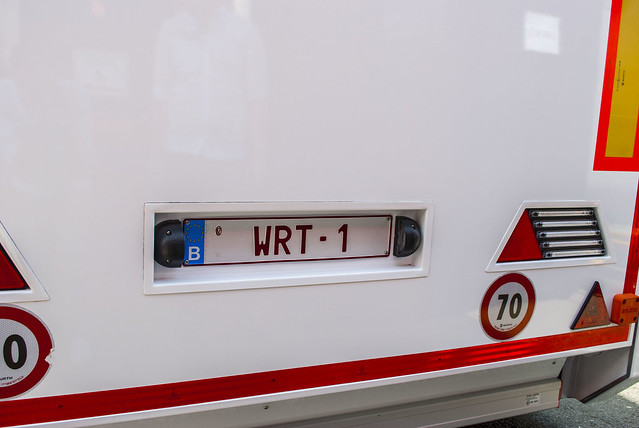 We walked with Adrien back to the village and discussed his role at the team, he said it involves a huge amount of travelling and very few weekends left for resting. I think it’s definitely a fair sacrifice for the opportunity to work with such an important organisation and see so many countries and events – he agrees!

Once we were back at the suite, he showed us one of the ‘spare’ trailers, seeing the inside showed us exactly how much space there is, even before the top and sides extend! 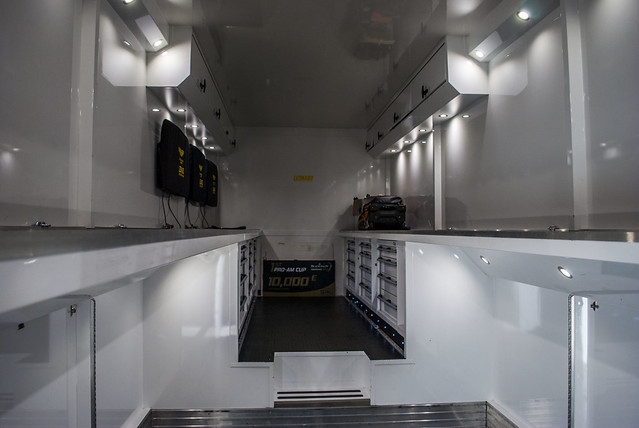 The eagle eyed among you may have spotted the first place presentation ‘cheque’ at the back, I guess when you’re such a successful team, you struggle to store them! 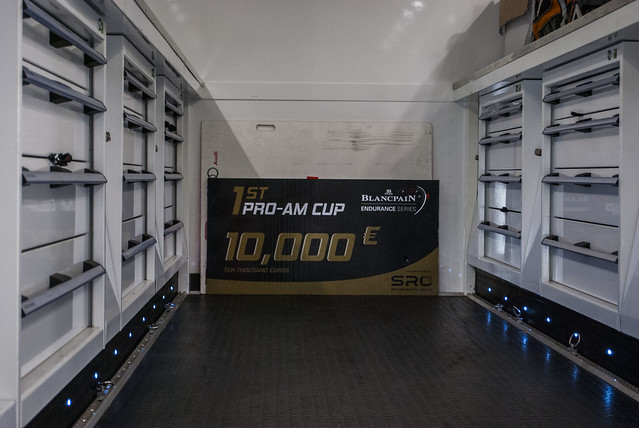 Adrien very kindly sat with us for a while and chatted about the rest of the race weekend over an ice cold drink, he also took a keen interest in what we were doing with Starlike. He asked if it was our day job, I’d have like to have said yes, but I explained that we are working hard to achieve it in the near future. 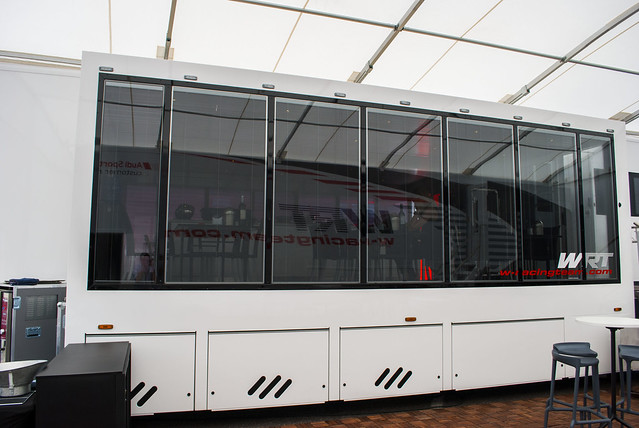 He himself is working as an intern and must be working even harder to make his way, but certainly has a brilliant opportunity to shine and seems like a very smart and driven guy, I have no doubt he will succeed with WRT.

After a while, Adrien told us he had to go and prepare for the guests who were coming to the race on Sunday, so we thanked him and he left us at the seating area to hang out for a while and finish our drinks.

We then headed out to the track to watch some more of the sessions,which will be covered in another post. 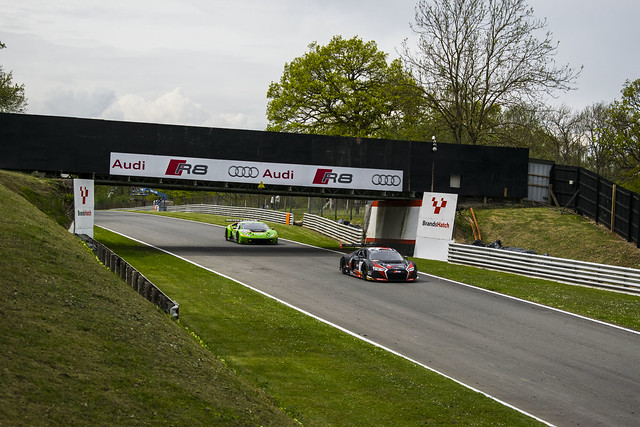 I’d like to end by thanking WRT and Adrien for their very courteous hospitality and for giving us the opportunity to get so close to the team and their setup on what is undoubtedly a very busy weekend for everyone involved. As it turned out, it was a successful weekend with car #33 taking the win!

We really do appreciate their time and wish them all the best in the future and hope to catch up with them again soon.

Stay tuned for more behind the scenes action with another massive team – you won’t want to miss it!

In the meantime, enjoy a few more pictures of WRT’s cars. 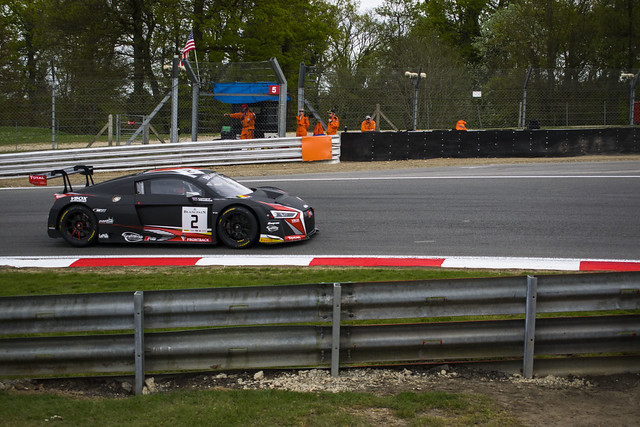 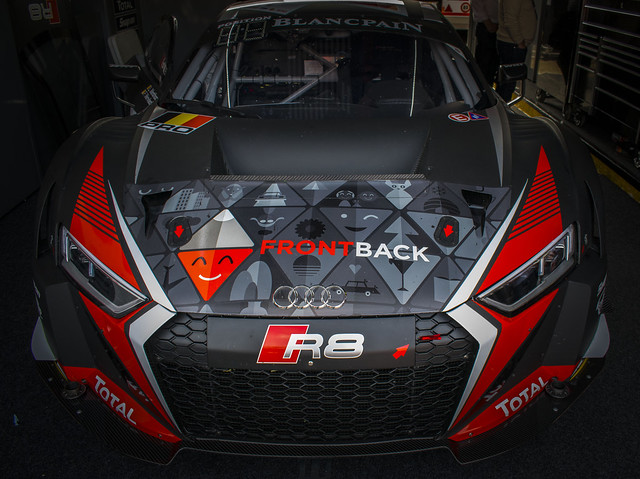 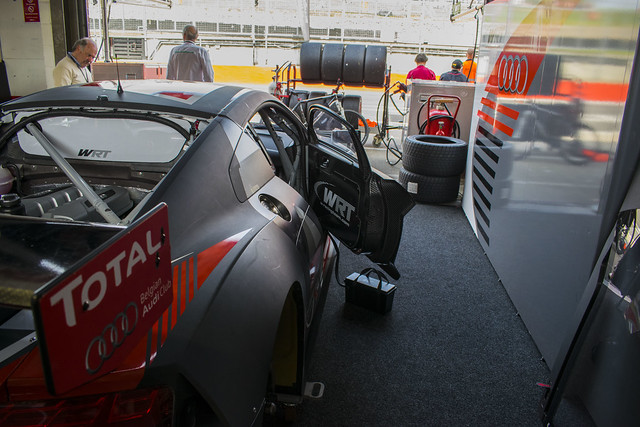 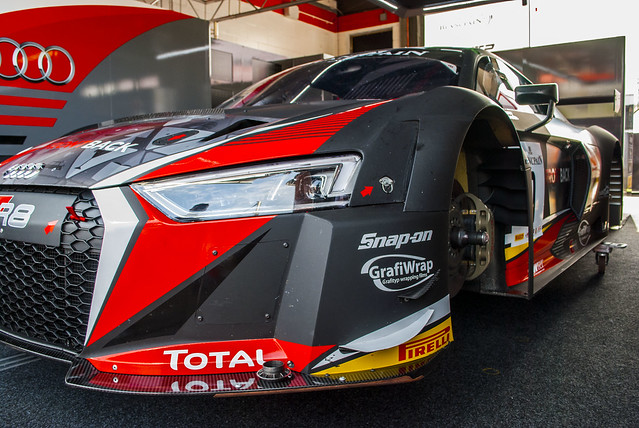 One thought on “Racing: Behind the scenes with WRT”