As you may already know, heading to the track to drive cars properly is something us at Starlike love to do, it’s an expensive hobby but one that has us coming back time after time.

On this occasion, it was a trip to Bedford Autodrome to tackle the SEN (full circuit minus the west section) layout.

Despite it being mid August and part way through what seemed to be a heat wave, we of course, had the day with the most rain in ages – yay British weather!

After our briefing we were due to head out and carry out our sighting laps, at this point it was still raining a bit and the wind was really strong. After one lap in single file, we were brought back into the pits, soon it was obvious why, our first breakdown on track. Fortunately for us, not one of the Focus’ but someone else’s Clio 182, (he did get going again!) 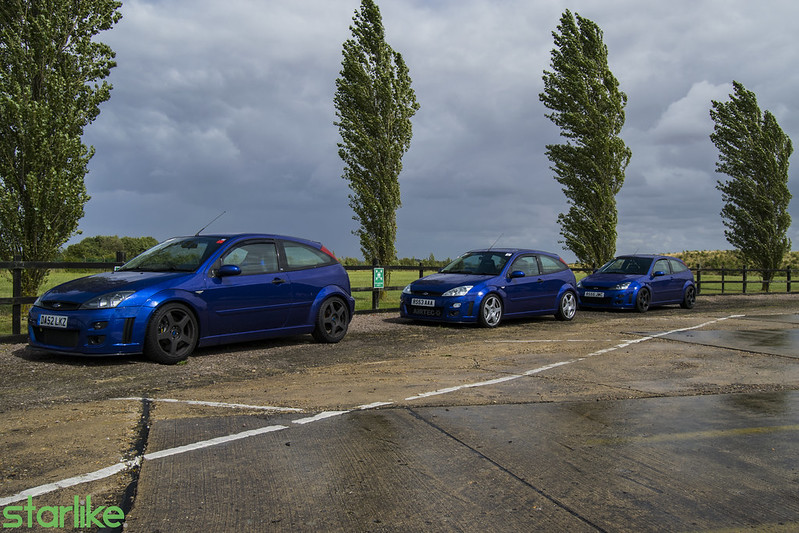 Once this was done, we all headed out for a session, generally the idea is to do a warmup lap, get the fluids and brakes up to temperature, start off easy and build pace, then do a cool down lap and head back in after around 15 minutes. Trying to stick to this is hard as it’s so addictive being out there, but it’s soon clear you can’t keep it up for too long, it’s hard work concentrating on your own driving!

Between sessions, we took the time to have a look round the other cars, check out why some are so quick on track and make ourselves feel better! 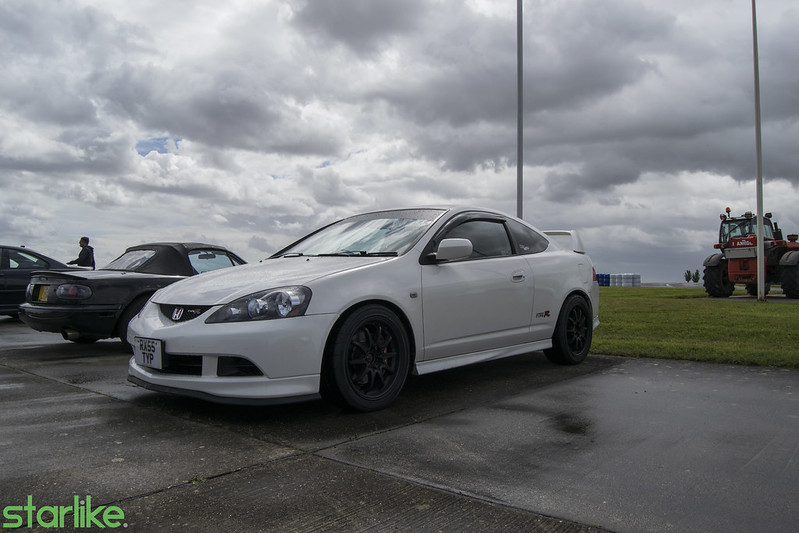 I’ve always wanted a DC5 and seeing one on track didn’t help me, simple mods can unlock real potential in these. 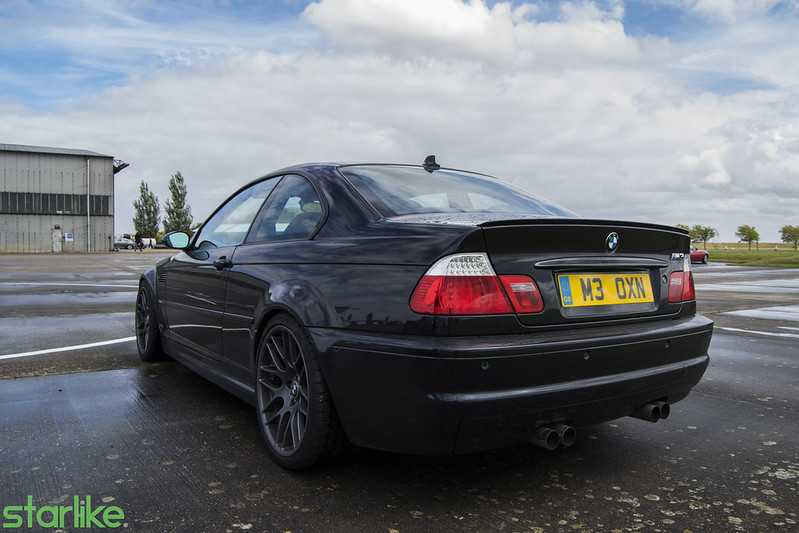 While I don’t miss my own E46 M3 all that much, I still really appreciate them as a package and definitely love the aesthetics. 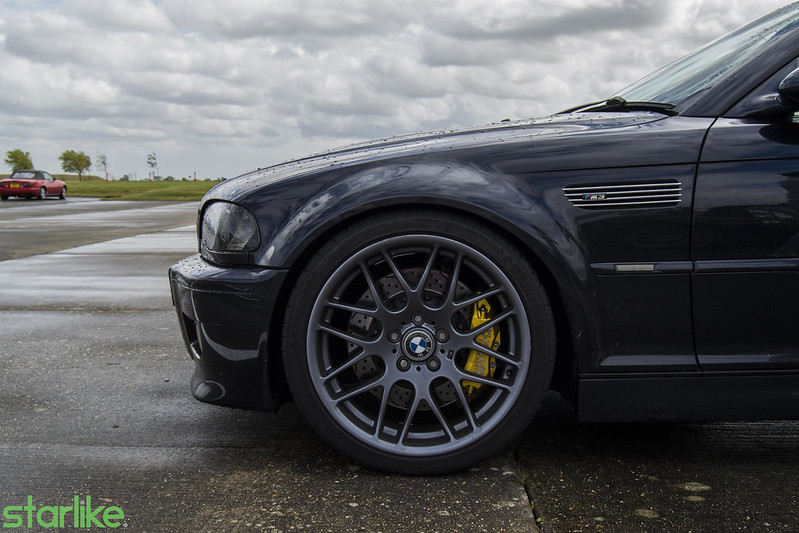 A big brake kit complimented this really well, especially behind the CSL wheels. I also managed to have a little tangle with it on track and it really was well piloted.

I’ve uploaded one of my later sessions, this is with Mike on board, the first trackday I’ve done since all of the big modifications, (those will be documented soon I promise!)

We were quite fortunate with the weather in the end, only a few light showers as the day went on meant the track kept pretty much dry. 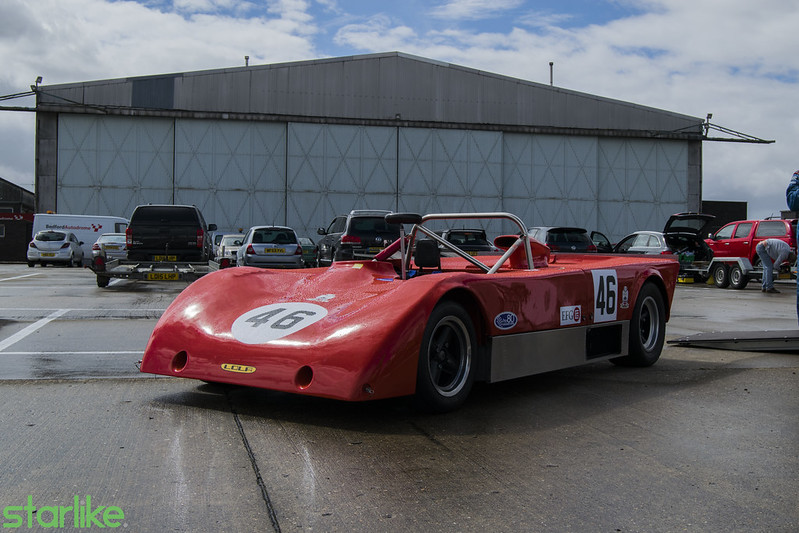 Not sure I’d like to be driving this single seater in the rain! 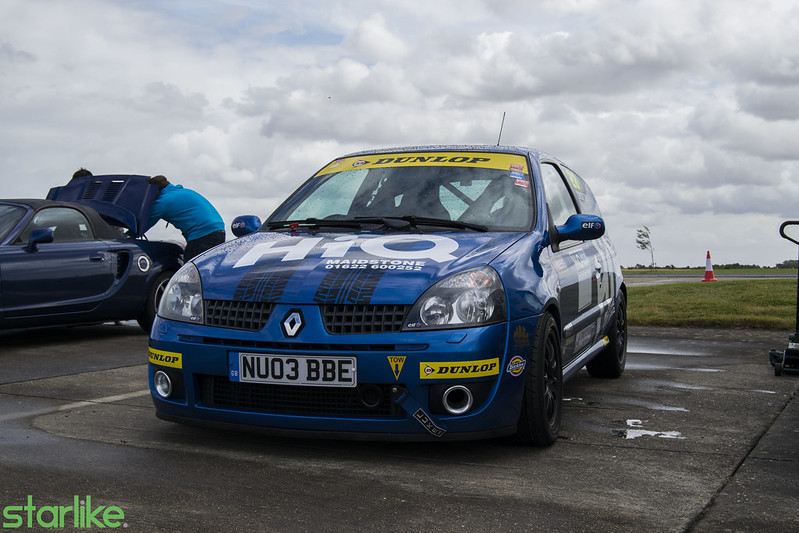 Me and Mike have said for a long while now we’d like one of these as a track toy, capable out of the box and even more so with some extra handling mods they’re like a mini touring car. 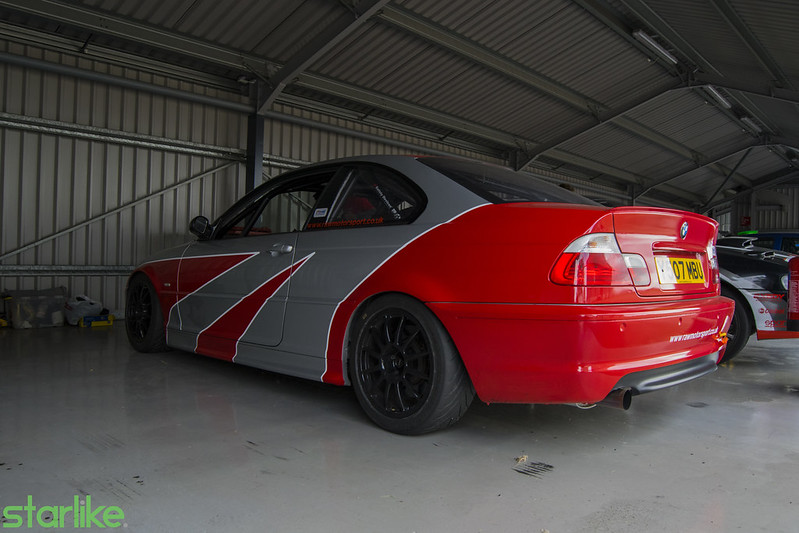 This E46 330ci (I think?) had some real pace and looked brilliantly set up. 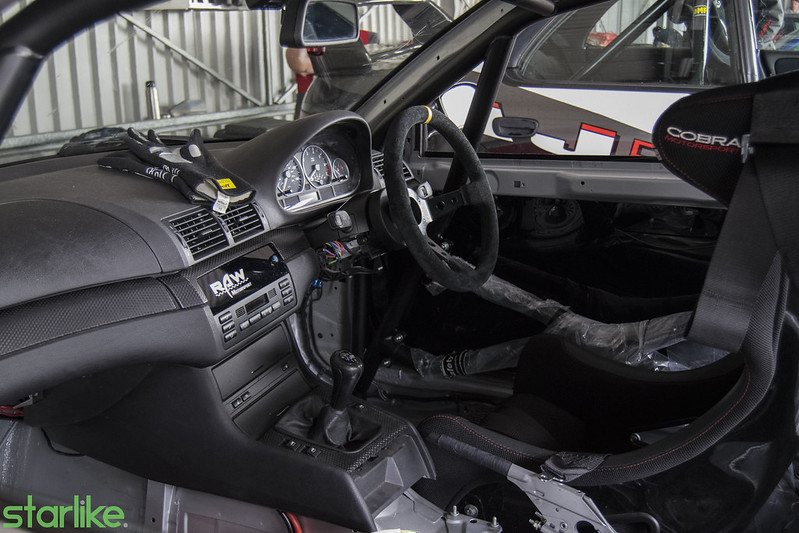 Once we saw the interior, we could tell the owner wasn’t messing around.

Over the course of the day, we managed to have a few passenger rides in each others cars – I find this is really helpful for everyone as you can advise on lines and improvements as a passenger or get the same treatment as a driver – we’re all here to learn after all. 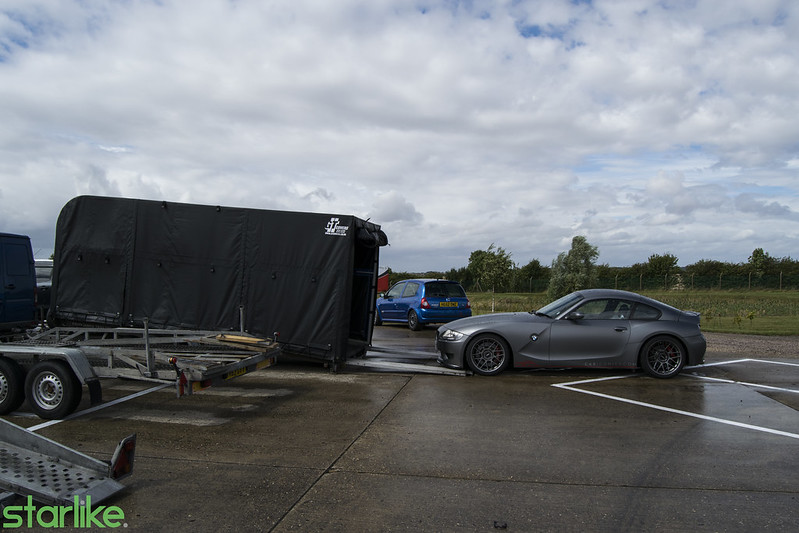 When you consider we all drove our cars there, tracked them all day and then drove home, we were a little envious of these guys with a Z4M and a full trailer. 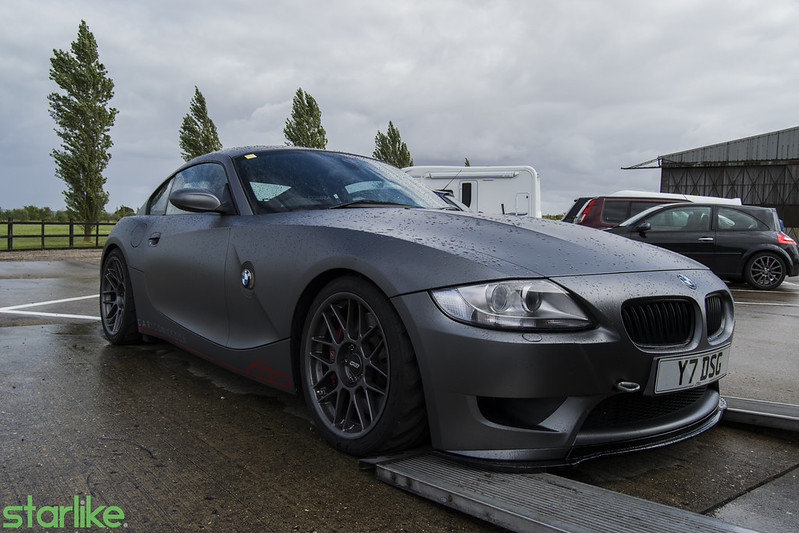 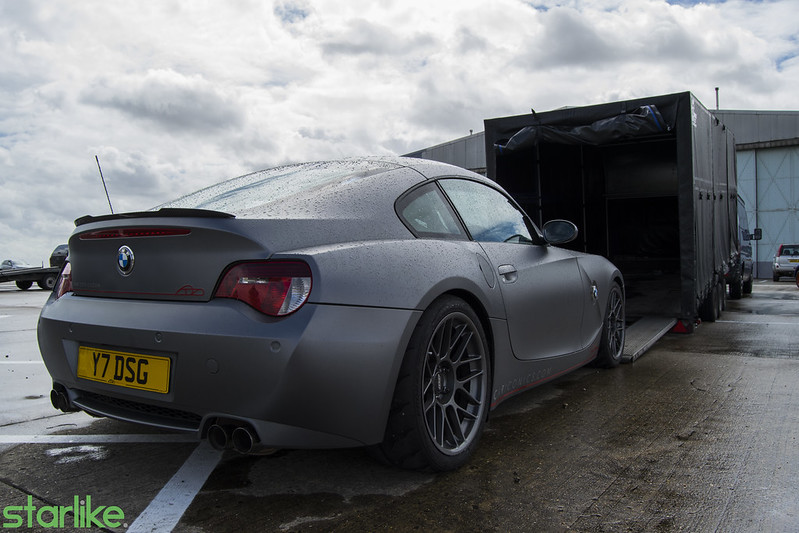 These are yet another car I’d love to own, the list keeps getting longer 😦

The great thing about these types of events is that everyone is there for fun, some people might bring their cars for a shakedown, some only run a few laps and then just watch. You can go at your own pace and drive whatever you want without people judging you, it’s all about learning and enjoying yourself. Some of the bonkers cars you see are unreal. 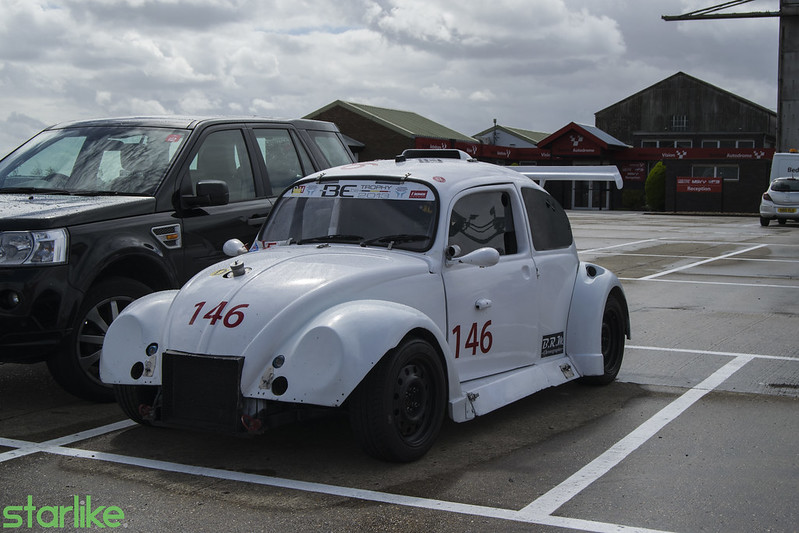 Like this ‘Beetle’, from the way the guys were working on it, I don’t think there’s much Beetle left!

Fortunately we managed to survive all day without any major issues, until that is, the very last session of the day where Mike picked up a puncture, nightmare! In this case, the hero that is James Colver (feature coming soon), loaned him a spare RS wheel to get home on, what a legend!

In the end, a great day was had by all and our track addiction was satisfied….For now, at least.

Follow us on the below to stay up to date with us: